Craving 4 Development, in collaboration with SL Agcelerator is...
News

A combined team of Community Relations Department personnel from...
News

Statistics Sierra Leone has started the Training of Trainers...
News

By Zacharia Jalloh The Minister of Information and Communications, Mohamed...

The team lead by the CEO of Afrinity Wifred Adams used the Opportunity to brief Her Excellency on the ongoing preparations for the Special Movies Awards scheduled for 30th December 2021 at the AYV Multi purpose Entertainment complex.

In his presentation, the National Coordinator and one of the Special Movies Awards (SMA) Directors Brima Abdulai Sheriff thanked Her Excellency for granting the team audience. Mr Sheriff informed Her Excellency that prior to having the SMA award, Afrinity had thought it fit to recognise the work of Her Excellency in the movie industry and had decided to present her Excellency with an Award . Mr Sheriff challenged the First Lady that Awards always mean more work since it’s a recognition of the Good work that is been celebrated. This means the one receiving the award has to continue working hard to keep up the standards. 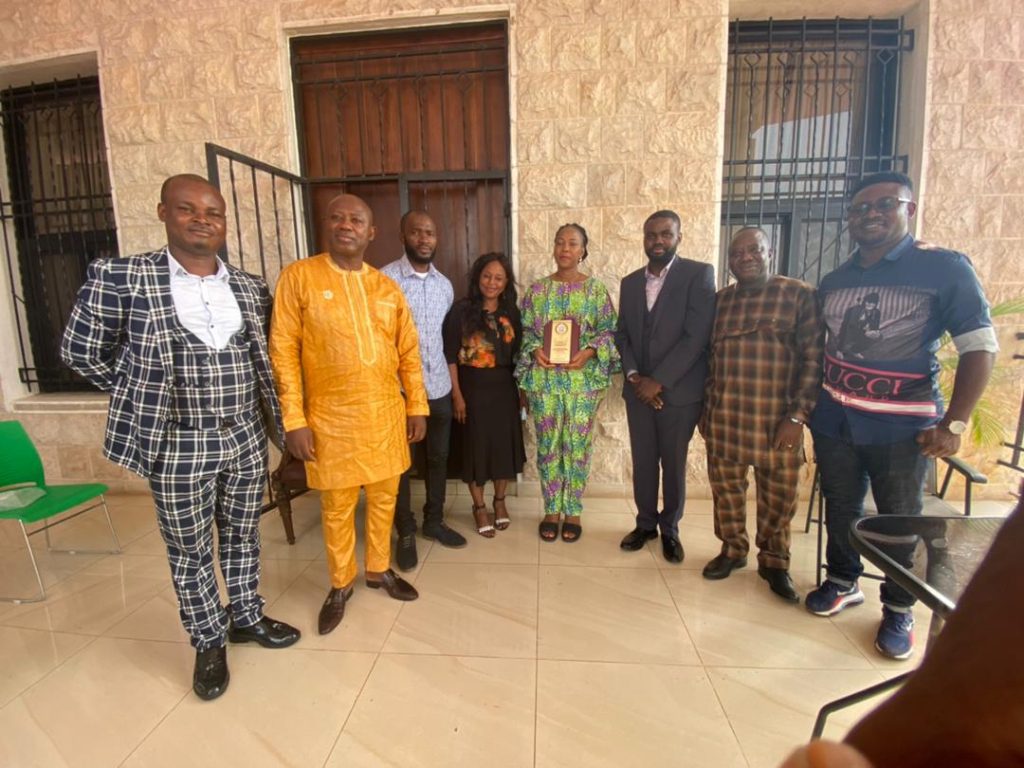 Kabba Daramy, the President of the Sierra Leone Film Guild reiterated the role of the guild in providing professional and transparent advice in the process of nomination and vetting of potential winners.

He expressed delight to be sharing the same platform with the first lady and look forward to working more with her. 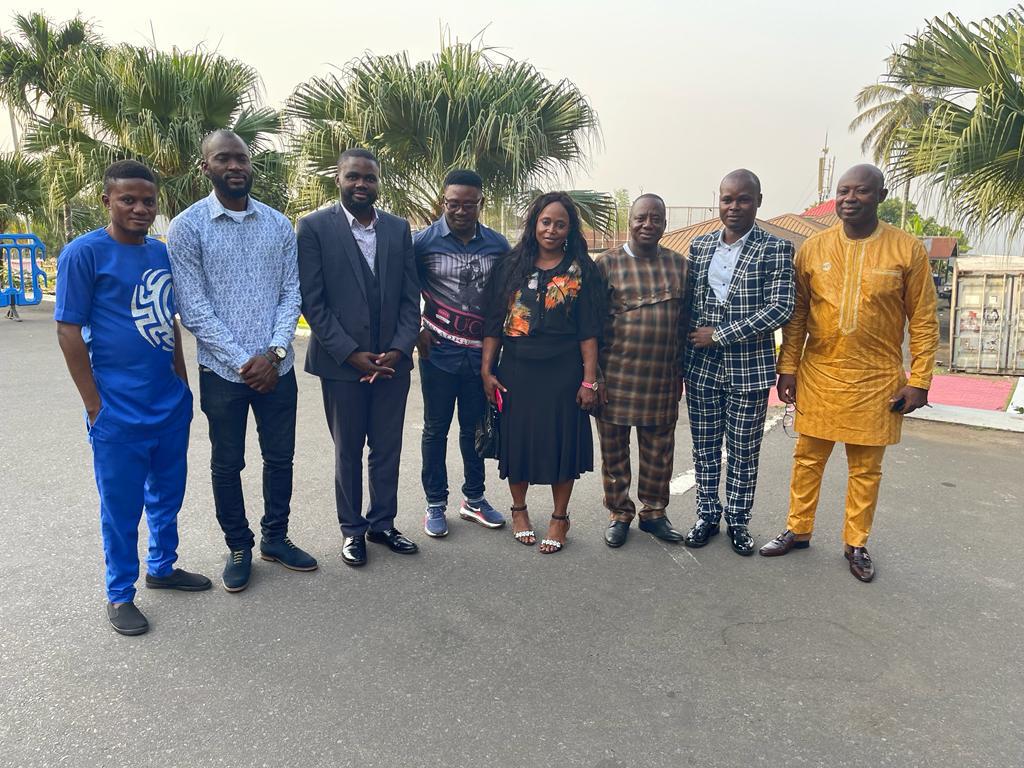 The representative from AYV Mr. Ivan Gbondo expressed delight on behalf of the CEO of the AYV and expressed confidence in the work of Afrinity production. He explained how AYV has been at the fore front in supporting the entertainment industry and how they will make their media platforms available as long as it has to do with promoting Sierra Leone. He cited the launch of the AYV channel 399 on DSTV, which he added would provide a platform for showcasing Sierra Leonean content to a wider international audience.

Presenting the Awards, Agnes Tarawally, one of the Jurors representing the Producers Guild express delight to be handing over a well deserved award and recognition to Her Excellency

In her response the First Lady HE said she is overwhelmed and aware that with a recognition comes the task and challenges of doing more.

She spoke about her passion and love for the movie industry and how she was always ready to support if there is a achievable plan. She challenged the film industry to go professional and tell the untold Sierra Leonean stories.

Craving 4 Development, in collaboration with SL Agcelerator is...

A combined team of Community Relations Department personnel from...

Craving 4 Development, in collaboration with SL Agcelerator is...

A combined team of Community Relations Department personnel from...