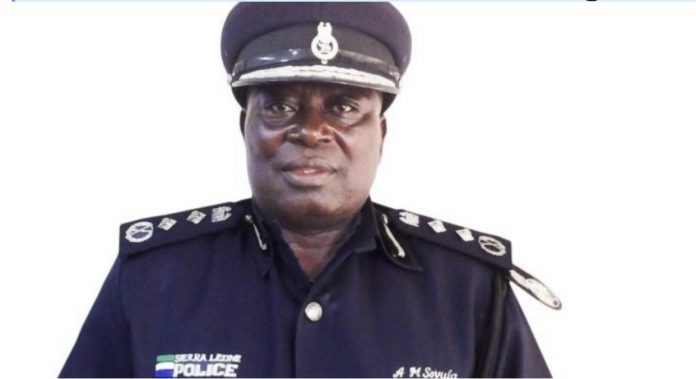 The Legal Aid Board with support from the United Nations Development Programme (UNDP) has conducted five separate trainings on the 2018 Bail Regulation.

The trainings from the 24 May to the 2 June 2022 targeted 50 participants from each of the five districts. The first was held at the Kamakwie District Council Hall in the Karene district; second on May 25 at Radio Bintumani Conference Hall in Kabala town, Koinadugu district; third in Falaba on May 26 at the Mongo Multi-Purpose Hall, Mongo town; fourth in Bombali on May 31 at Sierra Leone Teachers Union Hall in Makeni and fifth in Bonthe on June 2 at AMYS Hall in MattruJong.

The aim of the trainings is to ensure uniformity and consistency in the granting of bail by both police and the courts, consistent with the Regulation.

Speaking at the events in Karene, Koinadugu, Falaba and Bombali districts in the North-East Region, the Chairman of the programme who also doubles as the Legal Aid Board Regional Manager for the North, Mohamed Jalloh said the trainings underscore the Board’s continued commitment to making justice accessible to all especially the poor and vulnerable.

He added that the trainings underline a strong desire by the Board and the Sierra Leone Police to address abuses and challenges bordering on bail, noting that there are lots of inconsistencies when it comes to the issue of bail, be it at the police stations or in the courts.   ‘It does not help a good number of those in conflict with the law are ignorant of the law and their rights,’ he said.

Mr. Jalloh’s statement was re-echoed by the Regional Manager South, Martin Moriwai who during the training at Mattru Jong. Mr. Moriwai further underlined that the training is meant to stop or at the very least mitigate abuses and challenges such as illegal detention, demanding money in exchange for bail, denial of self-bail, extortion and lack of information on assistance with securing sureties and witnesses and bail conditions.

Speaking on behalf of the Executive Director, the Legal Aid Board Counsel for the North, Ibrahim Samba said the Board through the trainings wants to ensure consistency in the application, granting and objection to bail in the police and courts as provided for in the Regulation.

They are aimed at preventing human right violations coupled with decongesting correctional centres and police cells. He said many of those detained in these centres and cells are denied bail even though they have committed offences which require self-bail or light bail conditions.

He further admonished the police to treat bail as a human right issue and not as a means of punishment or something that is anchored around the ‘powers that be’.

He stressed that Investigators and Prosecutors should consider all suspects and accused persons innocent until proven guilty by a competent court of law and not the other way round.

In her statement, Deputy Superintendent of Police (DSP) Marie Elizabeth Koroma from the Sierra Leone Police Peacekeeping and Law Enforcement Academy formerly Police Training School, expressed delight at the training noting that learning is an everyday thing and people should not pretend they know it all.

She added that there is always something to learn even from that which one has learned before. She said as police officers they are expected to provide lawful and professional services and added that the trainings seek to achieve that especially when it comes to bail.

“Collecting money from people in exchange for bail is wrong and it is against our laws,’ she said, adding that ‘bail is free and more importantly it is a right.’

The DSP warned the police against abusing people, stressing that their work is to investigate and proffer charges and not to punish suspects by way of denying them bail.

“Continuing business as usual will not win the trust and confidence of the people,’ she said. He noted that such excesses will do no good to the image of the police.

Giving an overview of the training, the Legal Aid Board Monitoring and Evaluation (M&E) Officer, Sallu Jusu said the training will strengthen the capacity of police officers to address injustices in their work.

In a PowerPoint presentation on the Regulation in the five districts, Legal Aid Counsel for the North, Ibrahim Samba and Counsel for the South, Jack John Harris said bail does not mean the end of any matter rather the temporary release of a suspect or an accused person pending further investigations or proceedings.

Counsel Samba and Harris also explained the importance of granting bail, where to access bail, guidelines for opposing or accepting bail (such as necessity, reasonability, proportionality, enforceability), circumstances under which bail may be denied including failure to appear in court, committing of another offence while on bail, endangering the safety of victims or public and possible interference with witness. They also explained what it means to be a surety and how one can stop being a surety.

They admonished the participants to follow lawful procedures when considering bail application. They warned that illegal detention of suspects at police stations or accused persons at the courts has a negative impact not only on the police and courts but the country as a whole.

Speaking on how they have benefited from the training, the Operations Officer of the Mattru Jong Police Division, Superintendent Salifu Conteh said the training has deepened their understanding of bail, vetting of sureties and other investigative skills.

He spoke about some of the challenges they sometimes face which he said are contributing to people being detain beyond the required number of ten days for felonious crimes and seventy-two hours for minor offences.

These include the complex nature of some matters and the high caseload per investigator.

Detective Superintendent of Police, Arima Kamara attached to Mongo Division, Falaba district, said the training has broadened his understanding of when, how, why and who to grant or deny bail.

He said in the case of Falaba the delay is caused sometimes by the State Counsel who take long time to proffer advice of matters.

The representative of the Local Unit Commander in Kamakwie town, Karene district, Superintendent Osman Fofanah underscored the importance of the training, saying it has further strengthened their knowledge to do their work professionally.

He thanked the Board for choosing Karene and called for more training. Similar sentiments were expressed by other participants in all the five districts targeted.

The trainings in the five districts were climaxed with group works, presentations, question and answer sessions bordering on witness protection, community interference on bail related issues and hearsay evidence.

The participants responded to scenarios on bail related issues as Prosecutors, Defence Lawyers or Magistrates.