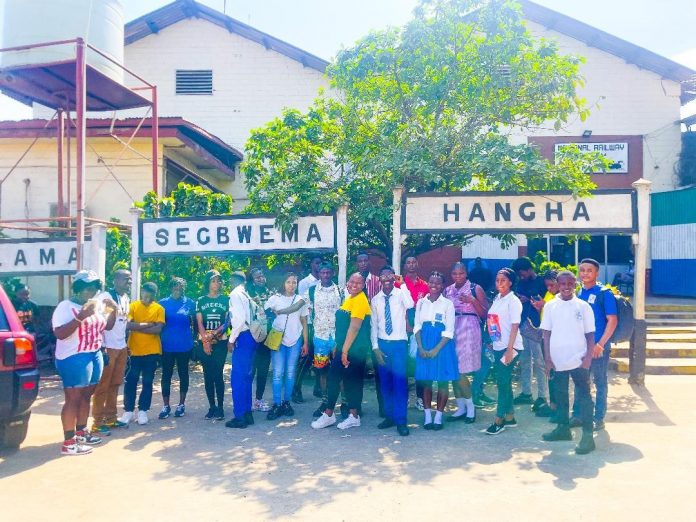 The Kings of Diaspora Queens (KODQ) Foundation is a people-centered non-profit organization based in Sierra Leone that collaborates with communities to be empowered and self-sufficient.

The KODQ Foundation, with support from partners, on 17th December, 2022 held a successful historic study tour of Freetown.

According to KODQ Head Advisor, Francis Musa Momoh, he informed the media that the goal of the event was to give access to over 40 young Sierra Leoneans the opportunity to interface with the heritage landscape of the city of Freetown.

The tour was part of KODQ Foundation’s Youth Education System (YES) to strengthen the capacity of young people to take responsibility to restore, conserve and amplify their heritage.

“If young people will be taking up leadership in the future, then they must be prepared now rightly with an education that empowers them to act positively and us sustainably to develop their communities”, Francis Momoh noted.

He furthered that youths must be at the center of heritage conservation and also believes that putting them in front prepares them to understand the evolutionary context of the nation and the development paradigms that can be developed for comprehensive growth.

Francis Momoh led the tour to significant heritage spaces from the West to the East end of the capital of Freetown putting into context the nation’s history from Pre-colonial, colonial and post-colonial.

Augustine Martin, a youth leader and public speaker in his review of the tour observed that he is now well-equipped with the history behind Freetown and how the evolution and rich history need to be conserved for all to hear and participate in.

Francis Momoh extended his thanks and appreciation to all KODQ donors and partners for a successful study tour of historic Freetown.