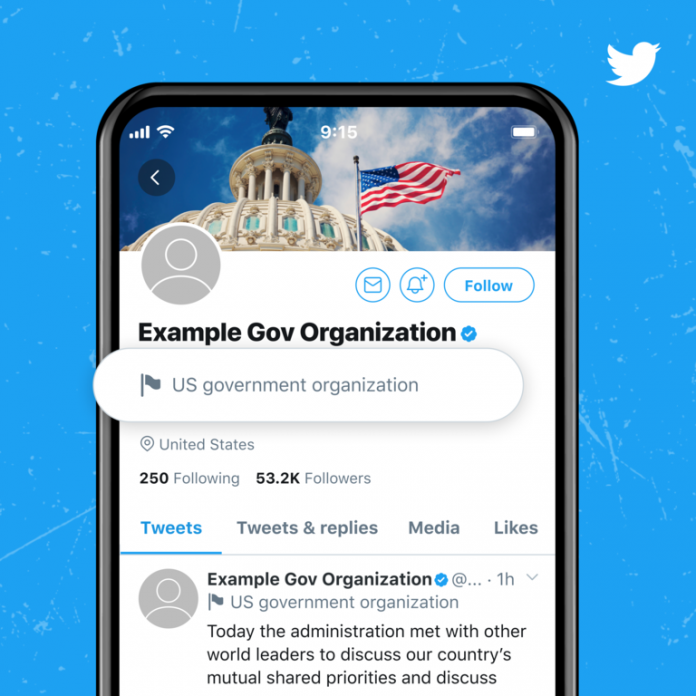 China blocks access to Twitter for regular users. We believe that people benefit from additional context when interacting with Chinese government and state-affiliated accounts.

Labels on state-affiliated accounts provide additional context about accounts that are controlled by certain official representatives of governments, state-affiliated media entities and individuals closely associated with those entities.

The label appears on the profile page of the relevant Twitter account and on the Tweets sent by and shared from these accounts. Labels contain information about the country the account is affiliated with and whether it is operated by a government representative or state-affiliated media entity.

Additionally, these labels include a small icon of a flag to signal the account’s status as a government account and of a podium for state-affiliated media.

How government accounts are defined

Our focus is on senior officials and entities that are the official voice of the nation state abroad, specifically accounts of key government officials, including foreign ministers, institutional entities, ambassadors, official spokespeople, and key diplomatic leaders. Where accounts are used solely for personal use and do not play a role as a  geopolitical or official Government communication channel, we will not label the account.

How state-affiliated media accounts are defined

State-financed media organizations with editorial independence, like the BBC in the UK or NPR in the US for example, are not defined as state-affiliated media for the purposes of this policy.