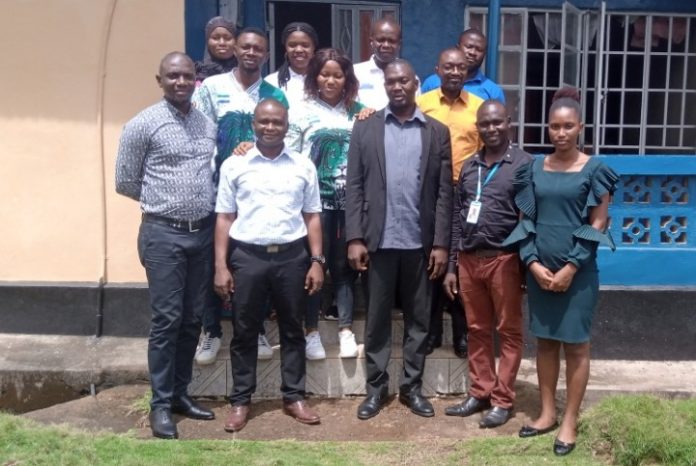 The Public Education Unit of the Southern Region Office of the Anti-Corruption Commission (ACC) has conveyed corruption prevention safeguards to staff of the Human Rights Commission-Sierra Leone (HRC-SL) in the region.

ACC’s Southern Region Manager, Momodu Sittar, said human rights issues are fundamental to the existence of human beings, noting “that is why the ACC prioritizes such issues by ensuring that appropriate measures are employed to protect the dignity of all.”

He said corruption violates the principles of transparency, accountability, non-discrimination and meaningful participation in every aspect of society. He said that human rights cannot be recognized in a society where corruption is prevalent.

Mr. Sittar assured staff of HRC-SL of ACC’s willingness to work with them to tackle issues of deceitfulness and unethical practices that have the potential to undermine the wellbeing of the people.

He admonished staff of HRC-SL to refer corruption cases to the Commission so that justice can be served on those who seek pleasure in wreaking havoc on the disadvantaged. He advised them to serve humanity diligently and respect the laws that guide their operations.

Speaking at the engagement, ACC’s Senior Public Education Officer, Abdulai Saccoh, underscored that human rights can be enjoyed when conscious and deliberate efforts are made by all and sundry to fight corruption.

He described corruption as an inhumane act that increases inequality, decreases accountability and political responsiveness, produces rising frustration and hardship among citizens.

In the absence of integrity, transparency and accountability, he added, trust is eroded, democracy is weakened, economic development is hampered, and inequality, poverty, social division and environmental crisis are exacerbated. Mr. Saccoh further said that corruption jeopardises people’s safety and victims’ access to justice.

In his statement, ACC’s Public Education Officer, Mohamed A. Kabba, described the engagement as the Commission’s strategic approach to engage public sector institutions on issues of integrity, accountability and transparency.

Mr. Kabba said that the public should not misconstrue ACC’s efforts to tackle corruption as a witch-hunt but rather a national crusade to save the soul of Sierra Leone.

He emphasised that the fight against corruption should not be seen as the business of the ACC alone but rather as the civic responsibility of all citizens.

Head of Office Human Rights Commission-Sierra Leone, Southern Region, Mohamed T. Fofanah, expressed thanks and appreciation to the ACC’s multiple-pronged approach employed not only to recover stolen funds and prosecute offenders but also increase public understanding of corruption and it adverse consequences on the wellbeing of the people.

Mr. Fofanah highlighted some of their interventions in making sure that human rights messages reach everyone in the society. He called on his colleagues to adhere to the anti-corruption messages and ensure that national laws are respected.