The implementing agency of the Ministry of Tourism and...
AYV News 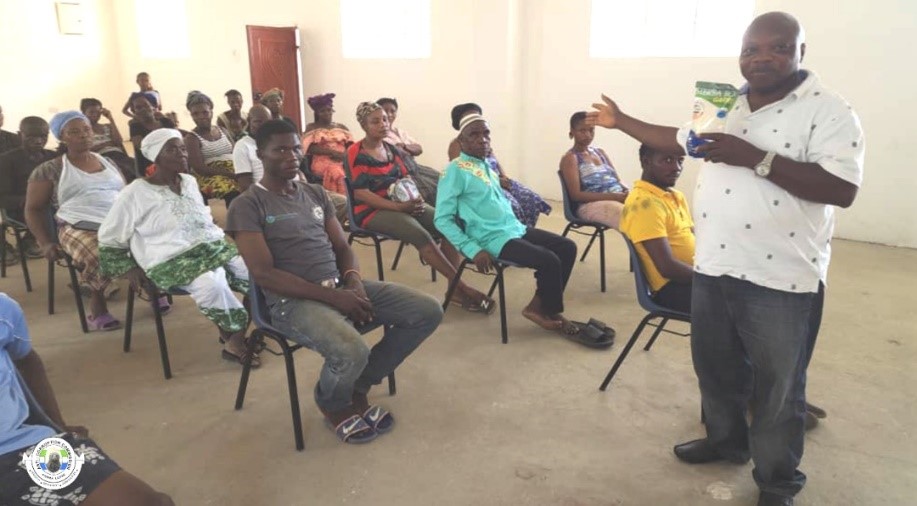 The Anti-Corruption Commission (ACC) has on Saturday 14th January 2023, while continuing its “on-the-spot” working visit and monitoring of the Sierra Leone Skills Development Project (SLSDP) across several districts in Sierra Leone, engaged with over 40 trainees and the administration of the Sierra Agro-Based Industries and Services Limited at their Factories in Bo, Southern Sierra Leone.

The engagement which is part of the ongoing nationwide monitoring of the Sierra Leone Skills Development Project (SLSDP), which the Deputy Commissioner of the Anti-Corruption Commission (ACC), Augustine Foday Ngobie is leading, seeks information and facts on the implementation based on its framework contract.

The objectives of the 22 million dollars World Bank and Government of Sierra Leone-funded SLSDP, has two components; a US$19 million Skills Development Fund (SDF) component and a US$3 million Capacity Building and System Strengthening component, both aim at developing a demand-led skills acquisition system, to support Sierra Leone’s economic development, poverty reduction strategy and to address the huge required skills gap in our labor market.

This skills gap can be attributed to the scarce availability of appropriate training programs and institutions, the high cost of training, the lack of adequate career mentorship, etc.

Speaking to the trainees and a cross-section of the administration at the Agriculture-Training Hall in the factory premises, the Deputy Commissioner applauded the Sierra Agro-Based Industries and Services Limited for the nature of training and skills provided to the 75 SDF beneficiaries which will equip and enable them to produce and process Cassava into smooth, hygienic, competitive high-quality Garrie, Archeke, Cassava Flour, Starch, etc., for economic.’

“I must say I’m impressed with the quality of efforts and work invested into what is happening here. I have seen some of our trainees at work in various units and stages in the production line of the various brands and sizes of the Sierra Bo Garrie and I encourage you all, please continue in this spirit. Keep your attention on the training and make sure you acquire the required skills to make you self-employable and or highly competitive in the employment market”, the Deputy Commissioner said.

While on a conducted tour of the factory and all its facilities, the Deputy was thrilled by the level of work invested and some already completed. He, therefore, encouraged particularly the female trainees to keep up with the pace and ensure they emancipate themselves from the dependency syndrome and be independent. He furthered that the world has limited opportunities with several competing interests, and thus, it is only the very best that can afford the opportunities.

Mr. Ngobie encouraged them to put in their best. He informed them that they are at liberty to forward their expectations, concerns, and complaints to the ACC, maintaining that the ACC which is in charge of the Grievance Redress Mechanism (GRM) in the SDF and SSN projects, shall at all times, devoid of biases, treat all concerns seriously and promptly.

He assured them that there will be no reprisal against anybody for reporting to the ACC. He called on the project leaders to maintain high-level integrity, transparency, and accountability in the handling of project funds and resources.

Taking the Deputy Commissioner on a conducted tour of the Factory and the nature of services they provide, the Chief Executive Officer and Proprietor of the Sierra Agro-Based Industries and Services Limited, Mr. Conteh stated that the facility is not yet fully operational and when in full operation, shall produce thousands of tons of fine several cassava products that will be exported to multiple countries across the world including the UK.

Mr. Conteh stated that the project has over 100 hectares of cassava plantation in the Bo District that is largely supplying much of the raw cassava needed for production by the plant, which can process up to 4 tons of raw cassava at once.

Speaking on the training packages, Aleen Momoh, Administrator of the Agricultural Training School in the Sierra Agro-Based Industries and Services Limited, told the ACC Deputy Commissioner that the SDF training has 75 beneficiaries, mostly women and youth, who shall be provided with the necessary skills needed for quality cassava production and processing.

He confirmed that they have received two trenches of their funding and the program is going well thus far. He assured the ACC that the project will be implemented according to its design and in the best benefit of the Trainees.

The highly interactive engagement was climaxed by a questions and answers session, which allowed the Trainees and Project Administrators to seek clarifications and express their concerns on several issues.