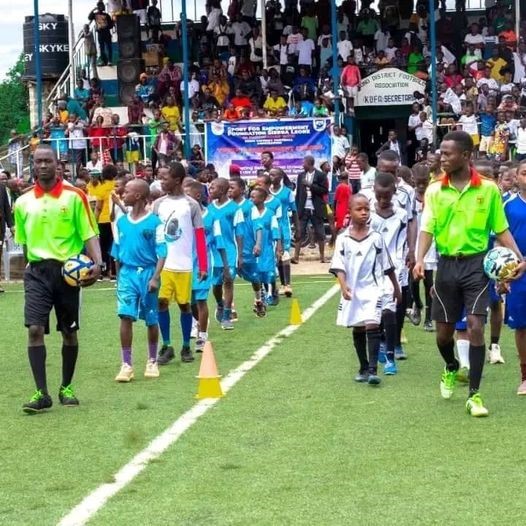 Sports For Empowerment Foundation (SFEF) in collaboration with the Kono district Football Association (KDFA) Youth Development League which commenced in July has reached the semi-finals stage of the competition.

The semi-finals stage is scheduled to kick start will last for two days Thursday and Friday and features eight teams both for the Under-12 and Under-14 categories out of the twenty-four teams that participated in the tournament.

The Under-14 category features City Strikers against JC Sport Academy in the first match, and Golden Soccer Academy face Sierra Rangers in the last semi-final match.

Desmond Paine Founder of Sports For Empowerment Foundation intimated that there will also be a battle for third place spots which matches will play on Saturday and Sunday, August 28th mark the climax of the competition.