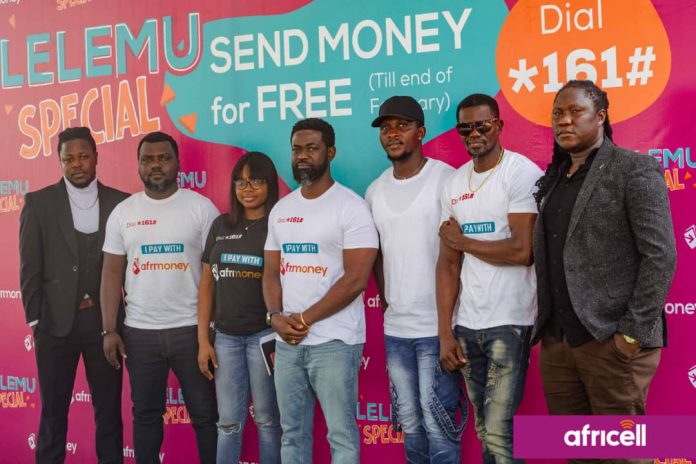 Africell Sierra Leone has on 12th January, 2023 at their office Headquarters at Wilberforce launched the Afrimoney Lelemu Special Promotion.

Normally for any Afrimoney transaction that you make, a certain amount is deducted as charges for the service being offered.

Making his statement during the ceremony, the Director of Afrimoney, Martison Obeng-Agyei stated that the promotion started from December and has been running since.

He noted that December is a month to merry, and by so doing lots of money is spent. In light of that he continued, we decided to give a free bonus which includes sending Afrimoney without charges or free. He furthered that after the festivities, customers taught the bonus was over as people normally say that January is a very difficult month.

“So to show love to our customers we want to use this opportunity to announce to them that the free bonus of sending Afrimoney for free continues till end of February. We encourage customers to use this opportunity to make free transfers and pay for goods and services with Afrimoney and enjoy free services. The bonus has been running from December and will run through February ending” he noted, and continued that the agents will benefit 50% Commission from every transaction they make.

He emphasized the importance of cashless transfer and encouraged customers to use cashless money transfer.

Giving an outline of key activities, the Afrimoney Commercial Manager, Dennis Duah Awuah stated that they are continuing the free Lelemu Special Promotion till end of February and that they would be moving all over the country to help subscribers understand how everything works.

He said the Afrimoney truck will be moving all around our communities and market places to help activate Afrimoney and help solve other issue as need may be. He encouraged subscribers to be part of the cashless revolution by being part of Afrimoney.