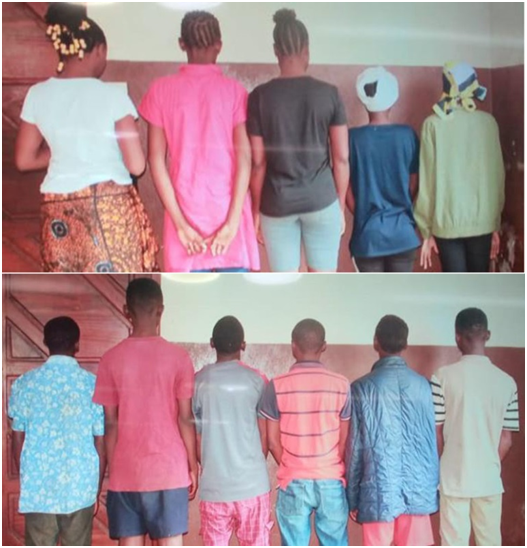 A total of twenty-four children, ageing between twelve and seventeen years, apprehended during the August 10, 2022 insurrection in various parts of the country, are currently in police custody waiting to be identify by their parents or guardians.

This was according to the Minister of Internal Affairs, David Maurice Panda-Noah, who said government acknowledges and respects the fundamental rights of persons, particularly children, whiles assuring that such rights will continue to be guaranteed while the children are in the custody of the Family Supports Unit (FSU).

He said as a means of demonstrating such commitment, his ministry has contacted and invited the relevant ministries and agencies that deal with children to partner with the FSU so that the children would be adequately taken care of as prescribed by law and other conventions and protocols dealing with children.

He said the FSU team has put together the personal details of each child in their custody, including names, addresses and contact telephone numbers of their parents or guardians.

The minister said the objective of identifying their parents or guardians is to assure them that their children are in the custody of the FSU of the Sierra Leone Police and also to work out mechanisms to reunite them with their parents.

He called on parents, guardians and family members not be afraid to come forward to identify their children or wards and that their safety is guaranteed.