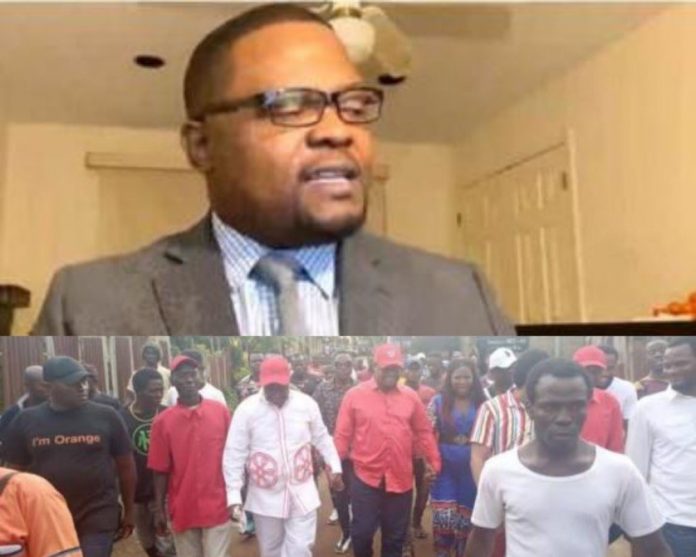 For the first time since taking up the mantle of the APC party leadership, Alfred Peter Conteh, APC’s Chairman storms East End of Freetown gracing an august gathering of grassroots-based supporters of the All People’s Congress Party.

Grassroots supporters walked their ways to the hall, old women spreading along the way their rappers (lappas) on the ground, young men beating the drums to a shaken wall, while the “Matormas” secured the way with spiritual incantations to welcome the Party Chairman.

Many people say the body polity of the All People’s Congress Party has been revitalised to engage more in peaceful dialogue with government institutions as a responsible opposition.

During the gathering, the message to the APC grassroots has been made simple and clear. “The fight to redeem the APC party is one that primarily focuses on creating a level playing field where the best man wins through the people’s voice. It is a Congress for the people, it is only one Congress we have, so let’s make the best out of it to ensure we retain the ideology and philosophies of this congress. We are the All People’s Congress Party, not the some people’s Congress, so let’s make our Congress attractive again to the common man.” Alfred Peter Conteh asserted.