APC Women Appeal to Supporters to Focus on Party, Not Individuals

APC Women Appeal to Supporters to Focus on Party, Not Individuals 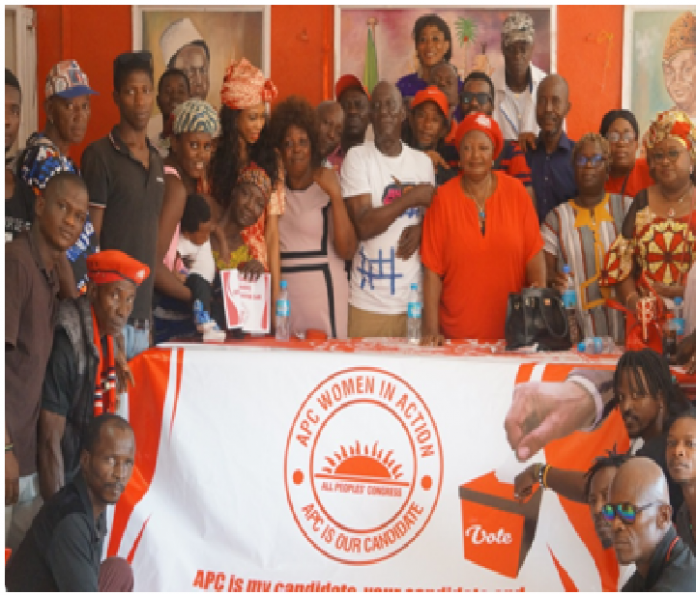 The All Peoples Congress (APC) Party Women in Action group has appealed to the party’s membership to members of the Party not to focus on supporting individuals but rather the APC party.

They informed membership that the group was primarily formed to support any presidential candidate elected at its National Delegates’ Convention for the June 2023 elections.

The women underscored that they are strongly against the formation of camps, factions and other groups within the party.

Kadie Sesay, a member of the APC Women in Action group said they are all members of the APC and that the group was formed to, among other things, serve as a pressure group to the party’s Women’s Congress and the party itself.

She further said they do not have candidates of their choice but the APC and that there is no vacuum in nature – the reason they are supporting the national executive to effectively function until the conduct of a convention and delegates’ conference.

According to Mrs. Sesay, the APC members are all one firmly united family, while appealing to all to stop backbiting and embrace unity and love.

Santigie Bangura, Director of Operations, APC Task Force, thanked the Women in Action group for recognising them as a unit. He praised the group members for their initiative in coming together and revealed that the Party has a lot of work to do ahead of the elections.

Danke Edward Kargbo, a member of the group said the Task Force plays an important role in the Party, while calling for unity within the Party to win the next polls.

Another member of the APC Women in Action group, Wotay Dura assured that they would ensure that the Task Force is upgraded to make members independent.

She urged the Task Force to continue its work, noting that the Party’s struggle started long ago but that they will ensure the right candidates are elected.

She appealed to them to focus on the party and not individuals as well as vote for the right candidates, while underscoring the need for peace and unity within the Party.