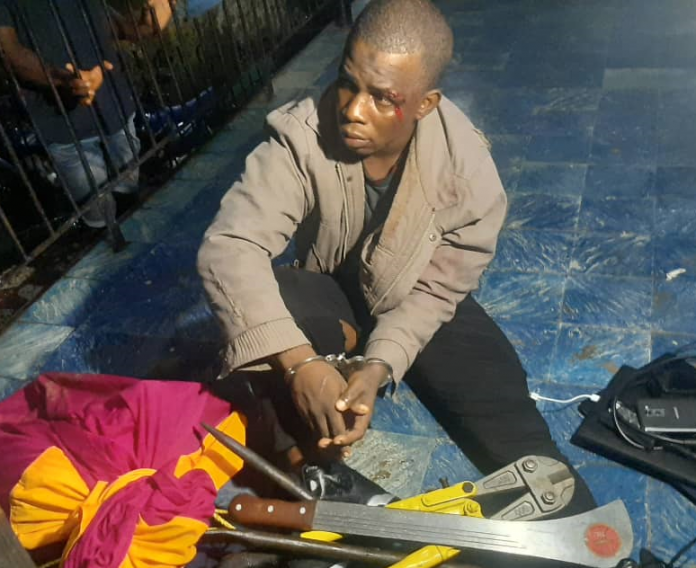 The Sierra Leone Police over the weekend at 3:37am arrested an Armed Robber having a bag containing 1 Giant Cutter, 2 Crow bars and 2 brand new Cutlasses.

Local Unit Commander (LUC) of the Congo Cross Police Division, Ag. Edmond Ernest said a team of police officers upon a distressed call left the Division for Murge Farm off Aberdeen Road and returned with one the captured robber.

In his possession were five stolen mobile phones, two laptop computers and a bag containing some wearing, properties of one Knox Saint Michael Ewers and Francesca Simcox both are American citizen that lodged at a guest house at Murge Farm where they were robbed.

The team according to the LUC chases the robbers and upon reaching Macfoe Lane the armed officer released one gun shot that frightened them and one of them was caught with the above items.

He said no major incident occurred at the scene of crime and the captured robber is in detention helping police investigation.