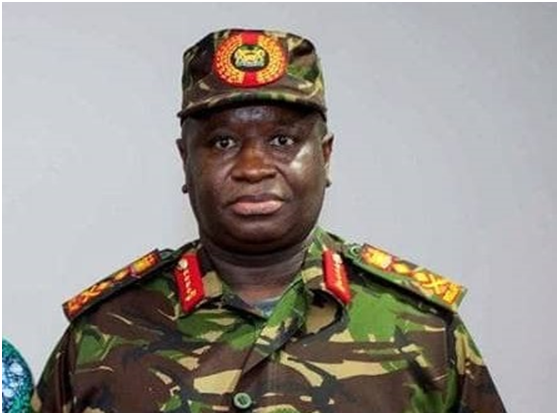 President Dr. Julius Maada Bio has in a public address to the nation assured that his government will leave no stone unturned in bringing out the killers and their sponsors for the August 10, 2022 attacks in some parts of the country leading to the brutal killing of some police officers on duty and other citizens.

“We will fully investigate all deaths as a result of this violent insurrection. As a Government, we will honour the Police officers who were murdered with a civic funeral in respect of their service to this nation. Their deaths shall not be in vain and we will bring their killers and those responsible for their deaths to justice” President Bio stated.

1. Today, I greet you with a heavy heart. Let us mourn for and pray to God/Allah Subhanahu wa ta’ala to grant eternal peace to our police officers and other citizens who were violently killed on 10th of August, 2022.

2. On that day, the peace, security, and stability of this nation were shattered by persons whose insurrection was pre-meditated, well-planned, financed, and executed with shocking brutality. Before August 10th, they had severally identified themselves on social media as APC Warriors, PPP, and persons who are determined to capture political power even at the cost of hundreds of lives.

3. For some time now also, some politicians have been raising tensions with divisive language and threats to make this country ungovernable. Their known surrogates and associates have stated that they will continue to illegally use violence to unseat the democratically elected Government. The events of August 10 were a clear statement of their collective intent.

5. The unrest occurred only in parts of Makeni, Binkolo, Magburaka, Kamakwie, Lungi, Western Rural, Eastern Freetown, and towards PZ in Freetown. There were no protests in all other parts of the country including large parts of Freetown.

6. This was not a protest against the high cost of living occasioned by the ongoing global economic crisis. The chant of the insurrectionists was for a violent overthrow of the democratically-elected Government. The killings and destruction targeted Police officers and public and private property associated with the Government. Theirs was not a protest about measures undertaken by the Government to handle the challenges brought on by the global economic crisis.

7. Let’s be reminded that since COVID-19 struck, Government has undertaken specific economic mitigation, recovery, and resilience measures that have kept essential food items and fuel on the market, kept businesses running, and maintained public services and regularly paid salaries. In fact, Government has reduced fuel and transportation prices twice in the last month alone. This is in addition to other social safety payments and cash transfers to poor and vulnerable populations and microfinance loans to women and youth.

8. The Government is expanding skills development and vocational educational opportunities and creating jobs in various sectors of the economy, especially in mining in the Northern Province and small-scale manufacturing in other parts of the country. Government has also undertaken large-scale efforts toward food security and kept its free quality school education and healthcare priorities on course.

9. This insurrection, which was executed by clearly identified partisans using the cover of follow-on crowds including children, was characterised by targeted killings, wanton looting, and destruction of property. It was not a peaceful cost-of-living protest. This was simply an attack on the peace and security, an attack on the rule of law, an attack on democracy.

10. In addition to their overarching objective, the attacks were meant to violently disrupt the daily and normal activities and lives of ordinary Sierra Leoneans. To the international community, it was meant to present Sierra Leone as a place where law and order has completely broken down.

11. Government will not sit idly by for such persons to disturb the peace of this nation and derail the gains we are making in this nation. The full force of the law will be brought to bear on all those persons who attacked and killed police officers. They, their sponsors, and their collaborators will not go unpunished. There will also be a full investigation into the deaths of ordinary citizens who lost their lives in this senseless violence incited by these known persons.

12. In the coming weeks and months, Government will undertake necessary security actions meant to guarantee the peace and security of all citizens. While these may cause some unavoidable inconveniences, Government’s actions will guarantee all constitutional rights and freedoms of peaceful citizens.

The security forces will, and must, act with great restraint and within their professional codes of service. But be assured that my Government will crack down hard on violent insurrectionists, their collaborators, their sponsors, and their supporters. My Government will relentlessly fight those who would rather use terror and gruesome violence to achieve political goals.

13. As President, I urge every peace-loving Sierra Leonean to be mindful that our national unity, peace, and stability are essential for our survival as a nation. Let us continue to respect all the laws of Sierra Leone and remain law-abiding.

14. Just over twenty years ago, we turned our backs on using violence to resolve our differences. We have since made great progress to consolidate our democracy. My Government has made every effort to open up spaces for dialogue and peace. Bintumani 3 was meant to bring all parties together to forge a pathway to peace and national cohesion.

15. Since then, we have established the National Commission for Peace and National Cohesion. We have removed obnoxious seditious libel laws and Sierra Leone has made great improvements in global press freedom rankings. No journalist is in prison for the practice of journalism. There are no political prisoners and Government has abolished the death penalty.

There are traditional and community leaders, youth and community groups through which citizens can freely express their views. My Government has maintained an open dialogue with civil society organisations and international partners.

16. Government also assures the right to peaceful protest as long as groups and their leaderships identify themselves and work within the existing laws of Sierra Leone. Peaceful protesters will be fully protected by law enforcement officials.

17. My Government has further undertaken progressive reforms to guarantee fundamental constitutional rights and freedoms, create opportunity, and ensure gender empowerment and equality. The dates for democratic elections have been announced over a year in advance and political parties are free to organise peacefully and present policies to citizens of this nation.

18. Fellow citizens, let me close by expressing deep condolences to bereaved families. We will fully investigate all deaths as a result of this violent insurrection. As a Government, we will honour the Police officers who were murdered with a civic funeral in respect of their service to this nation. Their deaths shall not be in vain and we will bring their killers and those responsible for their deaths to justice.

I thank you and may God bless the Republic of Sierra Leone.

COMMANDER IN CHIEF OF THE ARMED FORCES