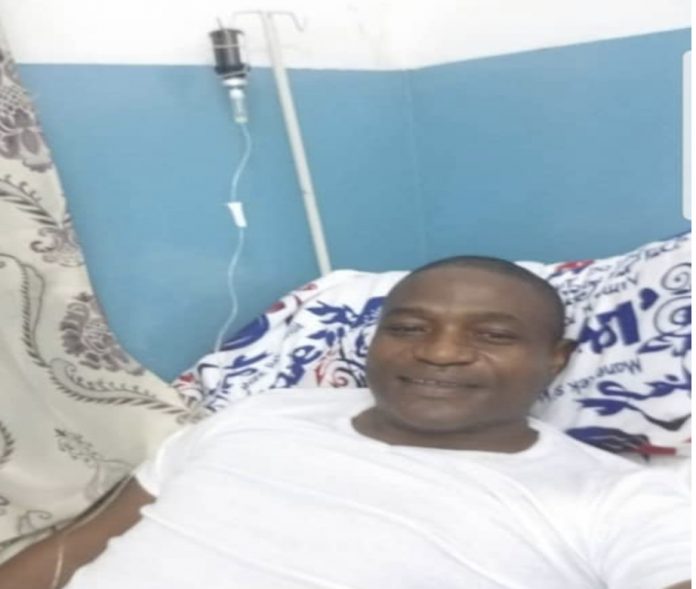 Wide expectations are that the Judiciary of Sierra Leone’s ongoing Judicial Week will anytime soon review the case of Mohamed Kamarainba Mansaray and will discharged or admitted him to bail so he will go get proper medical attention.

Sow was before the court on a one count indictment of Robbery with Aggravation contrary to Section 23 (1) (a) of the Larceny Act of 1916 as repealed and replaced by section 2 of the Act No. 16 of 1971.

It was alleged that the accused on Saturday 27th November 2021 at Jui Junction, being armed with bottle, robbed one Alhaji Kargbo.

29-year-old Electrician, Mamoud Mansaray was also discharged of one count indictment of Fraudulent Conversion contrary to Section 20 (1) (IV) (a) of the Larceny Act of 1916 for want of prosecution.

Mansaray was in September 2021, at Goderich in Freetown alleged to have fraudulently converted to his own use or benefit certain properties including one TVS motor tricycle, wheel screen, one motor tricycle battery and other items all valued at Four Million One Hundred Thousand Leones (Le4,100,000).

The decision was reached after the Application for bail made by Defence Lawyer, Lamin J. Kamara, from Legal Aid Board, for and on behalf of the accused persons wasn’t objected to by State Prosecutor, Robin Mason Jr.

In similar development, Supreme Court Judge who’s presiding over cases at the Waterloo Magistrate’s Court in the ongoing Judicial Week, Honourable Justice Alusine Sesay (JSC) completed the review of 15 rulings delivered by various Magistrates in the Western Area of Freetown against accused persons, convicts and inmates.

The cases are part of a total of one thousand and thirteen (1,013) assigned to 26 judges across the country for review for which inmates had been incarcerated awaiting trial without indictments, those on prolonged adjournments due to lack of empanelled jurors, those who’ve been admitted to bail but are unable to fulfill their bail conditions to secure their release and those serving unjustifiable and disproportionate sentences from Magistrates.

This move is part of the Honourable Chief Justice’s continued commitment to make justice more accessible in a transparent and accountable manner.