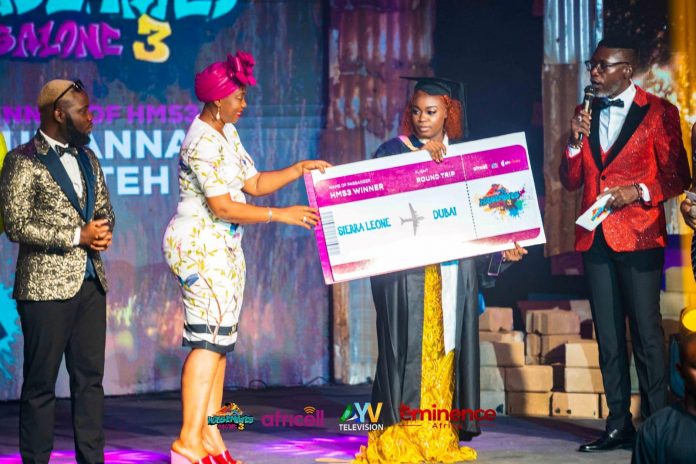 He further revealed that because the show was very much successful and the organisers will not want to sit and eat its proceeds all alone, they have decided to take all 6 finalists of the show to Dubai alongside the winner.

The young ambassador used the opportunity to shower praises and thanked and appreciated sponsors and partners of this year’s show.

“Housemates Show is not done by me alone but by a very successful collective collaboration between AYV, Africell, Crips International, Asma James Foundation, Eminence Africa and DSTv among other institutions and individuals who supported the show to its success”. Amb. Navo Jr stated.

He concluded by calling on all to watch out for Housemates Salone Season 4 come next year 2023.