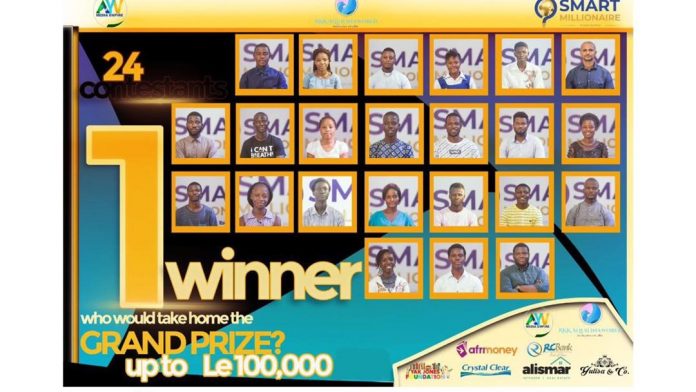 The date is set for Saturday 10th September airing primetime at 8:00pm on AYV Channel 33. The show will also be aired on the AYV entertainment Channel 34 and AYV on DStv Channel 399 and also on AYV FM 101.7 and education radio.

It can be recalled that Smart Millionaire started production in 2021, although it had been in development since 2016. Originally created and developed by Sidi Saccoh and Nick Asgill, the production has been through several challenges to make delivery.

With a strategic partnership with AYV Media Empire, RKK Global and Partners are now able to deliver on the promise to provide viewers with the 1st Sierra Leonean TV gameshow of this format.

The show promises to be educational yet entertaining with something for everyone.

Twenty-four Sierra Leoneans from various backgrounds compete weekly for a spot in the finals and a chance to win up to NLe100,000 in the grand finals in November 2022.