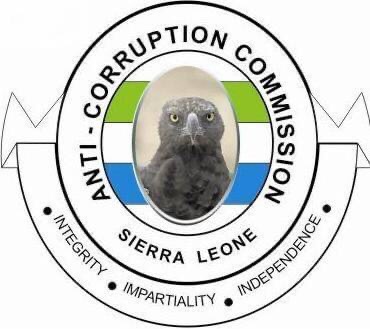 The Anti-Corruption Commission (ACC) Southern Region office has engaged core staff, councilors and heads of ministries, departments and agencies (MDAs) devolved to the Bo City and Bo District councils to mirror on issues of accountability and transparency contained in the 2020 Auditor General’s Report.

Speaking at the meetings, ACC’s Regional Manager, South, Momodu Sittar said the engagements were predicated on the Commission’s determination to take appropriate actions to address systems weaknesses and serve justice to offenders of the law.

Mr. Sittar said if only public officers would have committed themselves to follow best practices and procedures in the management and utilization of public/donor funds, the perennial audit issues could have been resolved.

Mr. Sittar warned that the Commission will not treat alleged misappropriation of resources cited in the report with levity. He emphasized that the actions of some individuals have not only resulted in loss of public revenue but inflicted untold suffering on the citizens.

The ACC Manager for the Southern Region informed them that the ACC will stop at nothing to employ the required strategies of systems and processes review, public education and investigation and prosecution to address the audit issues.

In his statement, ACC’s Senior Public Education Officer, Abdulai Saccoh drew the attention of his audience to a number of audit issues captured in the Auditor General’s Report which relate to both councils; such as failure to collect local tax precepts, failure to collect own source revenue, breach of processes and procedures and punctuality.

Mr. Saccoh also highlighted several challenges which are considered as some of the factors responsible for the low performance of the councils and its devolved sectors; lack of mobility and inadequate tools and equipment, among others.

He said that though the mandate of Audit Service Sierra Leone and the ACC are different, both are geared towards enhancing integrity, transparency and accountability in public sector institutions.

“If only public officers would have prevented the loss of revenue over the years, those funds would have significantly supported a wide range of development programs and projects,” he concluded.

Chairman of the Bo District Council, Joseph M. Bindiacknowledged the good work of the Commission, including not only conveying anti-corruption messages to MDAs, setting up of systems but also recovery of stolen funds.

Mr. Bindi said though there are audit issues that are of concern to them, the Bo District Council would make frantic efforts to fully implement best practice recommendations.

The Chief Administrator of the Bo City Council Veronica Fortune, in her response, spoke on the issues contained in the Auditor General’s Report and promised to conduct their operations in accordance with established regulatory standards and framework.

The engagements were climaxed with councilors of both councils and heads of devolved sectors reaffirming their pledge to always embrace and support the fight against corruption so that the socio-economic needs of Sierra Leoneans would be met.