Bondo without Cutting: 60 Girls Sail Through

Bondo without Cutting: 60 Girls Sail Through 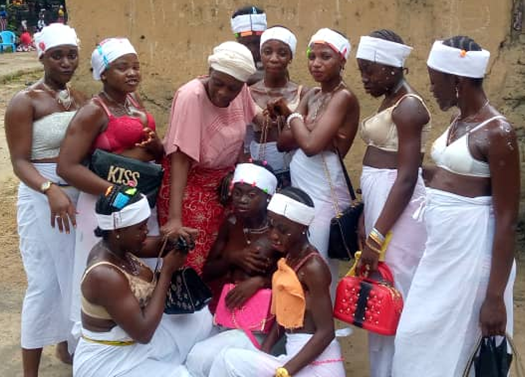 The Amazonian Initiative Movement (AIM) has discharged sixty young women having gone through the alternative rite of passage for women and girls in Tonkolili district Tene chiefdom.

The ceremony runs through a week process and according to the Sowies the initiates observe and respect all the ceremonies and culture.

Executive Director of AIM, Rugiatu Neneh Turay Koroma emphasised that the Bondo culture is more important than the cutting and as such called on all to uphold the culture and remove the harm .she noted that if all Anti FGM campaigners across the country reaches their various communities and engage the people on the dangers involved in FGM .Then the fight to 3nd harmful practices in Sierra Leone will be a thing of the past.

In his submission from the right based kens Edmond Abu Jr Executive Director of Native Consortium cautioned citizens that FGM is not only human right abuse but it is a criminal offence as well.

Parents as well as initiates expressed joy in the rebrand Bondo ceremony as according to them it has no harm and it is bloodless. According to one of the parents, Mabinty Bangura, they recently heard on social media about the death of a 16 year-old-girl and that frighten them all.

But later they realised the process is completely harmless but all the cultures and traditions were uphold.