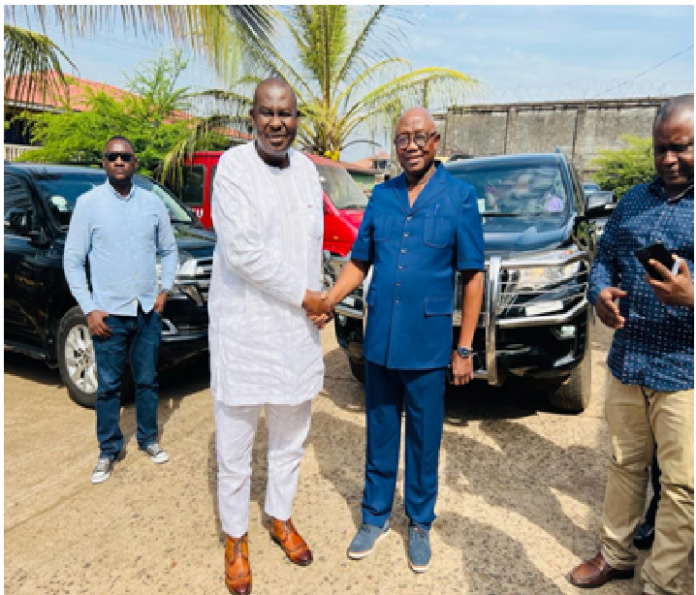 Sierra Leone’s Minister of Energy, Alhaji Kanja Sesay, has received exhibits including 26 bags of copper cables and a vehicle from the Chief Justice, His Lordship Babatunde Edwards.

It could be recalled that the Electricity Distribution and Supply Authority, EDSA, through the State, had instituted legal proceedings at the Magistrate Court against the accused for theft of electricity materials. The Court found the accused guilty as charged and subsequently ordered that the vehicle which was used to convey the stolen items be forfeited to the state.

While handing over the items, Justice Babatunde Edwards said that he was superintending over a judiciary that was fairly or equitably handling the scale of justice, noting that theft of electricity materials and vandalization of installations was becoming a cash cow for criminals or an arena of mischief making for unpatriotic citizens.

He said the copper cables and the vehicle recovered from the accused were being handed over to EDSA and the State, stressing that the outcome of the matter would create deterrence.

He reiterated the commitment of the judiciary to speedily dealing with matters relating to theft of electricity materials and warned the public against engaging in such unscrupulous acts.

Minister of Energy, Alhaji Kanja Sesay, bemoaned the negative developments and the dire consequences such acts had on EDSA’s quest to deliver stable power to citizens.

He said the theft of electricity materials and the vandalization of installations had been declared a national security concern. He spoke about how he had approached the Chief Justice whom he described as collaborative and hard working.

Mr. Sesay thanked the judiciary for responsibly and speedily handling the matter, adding that the level of collaboration between his Ministry and the Judiciary would be strengthened.

He said he could not be happy with the outcome.