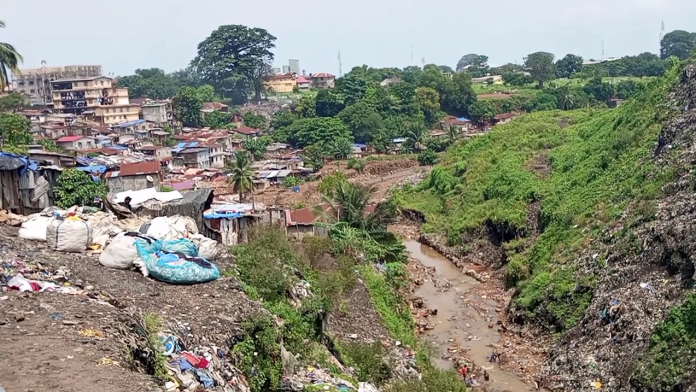 Residents at Culvert community have raised concerns over the effect of the Kissy Bumeh dumpsite. The dump site the residents say poses serious medical and environmental challenge affecting their well-being most especially women and children.

Culvert is one of the communities that is very close to the Kissy Bumeh dumpsite at Ferry Junction. People living there say they are seriously affected by the smokes, high amount of heat and a very offensive smell emanating from the dumpsite.

One of the residents, Pa Abdul resides close to the dumpsite expressed frustration,“the waste brought here has formed heaps (loads). We are afraid that the waste might fall down and cover people; we don’t want this to happen because many people will die, that is why we are calling out for help” he said.

Offensive odors, smokes, mosquitoes according to him are what they are battling with on daily basis, noting that the heat around the Bumeh sometimes leads to fire outburst without anyone setting it ablaze.

“The smoke here is a serious challenge. The effect of the smoke on our skin is harsh, rashes and tears fill our bodies and eyes everyday” he cried.

The Environmental and Social Officer Freetown City Council, Mustapha Kemokai said the council have been working on plans to address the situation. Mr. Kemokai alluded that lot of things needs to be handle around the dumpsite.

“Some of the problem there are not made by us, but man-made. The squatters living around the dumpsite met it there. However, we are trying to mitigate the effects of the dumpsite on them “he said.