Civic Education to be taught in schools this year

Civic Education to be taught in schools this year 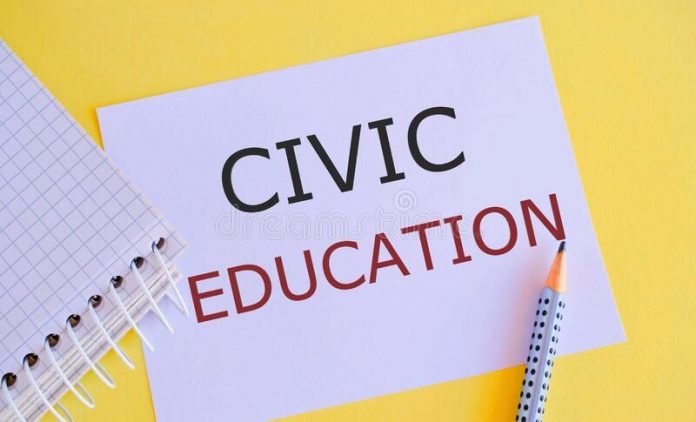 Chairman of the National Council for Civic Education and Development (NaCCED), Kalilu Ibrahim Tutangay has confirmed that Civic Education will be taught in schools across the country in September this year.

Speaking at the ceremony, Chairman Tutangay said when President Julius Maada Bio was campaigning; he promised to bring back Civic Education as a subject in Schools. He said the subject used to be in schools but has been missing out for many years.

He informed that they have produced Seven textbooks called the “the New Civic of Sierra Leone, from classes 1 to JSS 3.

“Each school has two periods of Civic Education on the school timetable per week in the primary and junior schools”, said Totangay.

He pointed out that Civic Education is important as it informs citizens to be responsible, and teaches them their rights and responsibilities to the state.

He added that they are looking at core areas that deal with learning outcomes which he said is the knowledge they want children to know and navigate life generally. He further said that pupils should be able to know what is happening in their communities and to get self-awareness and critical thinking skills.

The NaCCED chairman reiterated that the world has become a Global village with the advent of technology, thus he urged children to be interested in what is happening in other countries.

When asked whether the pupils who are to take the primary school leavers examination and the Basic Education Certificate Examination classes will write Civic Education during the exams, he said “well it is left with the Ministry of Basic and Senior Secondary Education (MBSSE) to determine”.

He stated that his institution will monitor the tutoring of Civic Education when schools reopen. He called on the people of Sierra Leone to support the process and help shape the behavior of their children.

He said when people do not know their responsibilities they will be easily incited by others to cause problems in the state as happened on August 10.

The National Council for Civic Education and Development aims at informing and engaging the citizenry to actively participate in the democratic processes and drive the development of the nation.