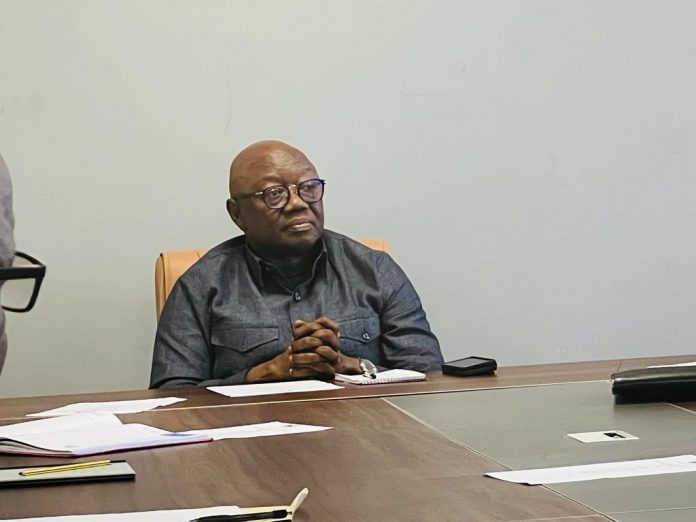 Sierra Leone’s Minister of Energy, Alhaji Kanja Sesay has told a delegation of CLSG engineers from Cóte d’Ivoire and Liberia that major towns and cities in Sierra Leone were now heavily reliant on the CLSG interconnection, to such an extent that, any technical inadequacies in the regional system would adversely affect the country.

Alhaji Kanja Sesay talked the delegation through the many strides that the Government of Sierra Leone had taken in accomplishing major components of the CLSG project, adding that President Julius Maada Bio was committed to increasing national access to energy through the regional power pool, and on evidence of which he had forged a very good relationship with His Excellency President Alassane Ouattara of Cóte d’Ivoire.

He spoke about the recent commissioning of the CLSG power in the district of Kono by President Bio which he described as historic and in fulfilment of the drive to realize government’s overall policy objective in the energy sector.

The minister informed the visiting team that he had personally asked the Director General of TRANSCO to send the team to Sierra Leone so that they could explore means of guaranteeing sustainable supply of CLSG power to Sierra Leone especially during the dry season, which according to Mr. Sesay, always comes with challenges in the generation of electricity.

The visiting team of CLSG engineers told the minister that they were aware of the occasional technical challenges on the interconnection in the form of tripping, but assured that they were working on it.

The team commended the minister for his stellar role in the realization of the project in Sierra Leone and for inviting them to a very crucial experience-sharing and problem-solving meeting.