Current State of the Economy: Bank Governor, Finance Minister and others to appear before Parliament

Current State of the Economy: Bank Governor, Finance Minister and others to appear before Parliament 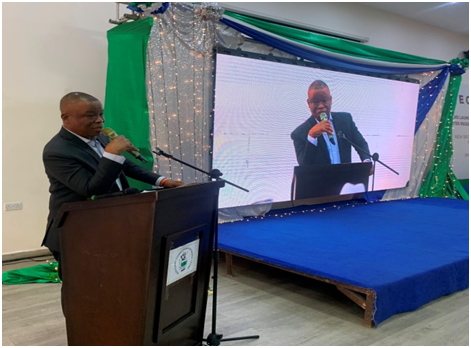 The Parliament of Sierra Leone on Friday 28th October 2022 unanimously agreed on a motion to summon the Minister of Finance, the Bank Governor and other related stakeholders to brief MPs on the current state of the economy in Sierra Leone.

The motion was moved by the Leader of NGC, Hon. Dr. Kandeh Kolleh Yumkella and seconded by the Hon. Hassan Sesay the Chief Whip of the main opposition who raised the concern about the state of the economy. Hon. Sesay said he has been raising the concern for a while now asking that parliament ask them to come and appear before them for explanation but it has not been taken seriously. He continued that he understands that what Sierra Leone is going through is not different from other countries because it is a global crisis, noting that they even advised the Bank Governor on the currency redenomination which they believe was not timely “but he still went ahead,” he said. While moving the motion, Hon. Kandeh Yumkella said Parliament cannot be treated with disrespect adding that the Bank Governor and Finance Minister should come and explain to them so that they can suggest ways to handle the situation. The motion was approved by the whole house for the Minister of Finance, Bank Governor and other stakeholders to explain the current state of the country’s economy. However, the date for their appearance was not communicated in the chamber of parliament.