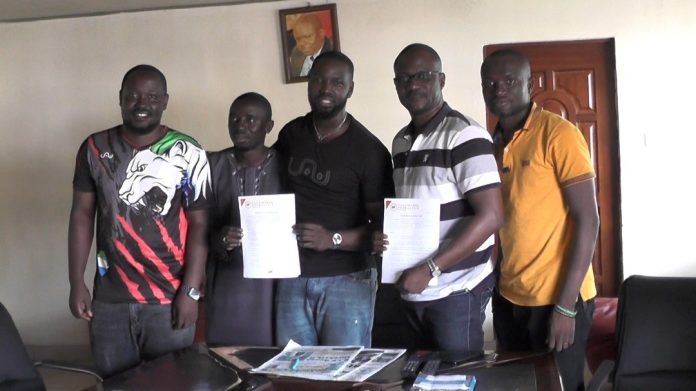 Secretary of the Club, Alpha Jalloh said the move from the Club is primarily to promote local content in Sierra Leone, adding that they have the biggest fan base in the country and this will help to generate more revenue for the Club.

He furthered that the kits will server for the Team and Officials of their great club for the 2022/2023 and 2023/2024 seasons in the country’s elite league. Alpha Jalloh also said the outfits will be used to generate funds for them as they have the large fan base in Sierra Leone.

Describing the design of the jerseys, the East End Lions scribe said they are of international standard of in quality.

The Chief Executive Officer of United Africa Wears Afiz Mohamed, said mostly they have been producing sporting regalia in the country but that this is biggest contract so far they have signed with a football club for two seasons.

Printing of names, numbers will be made available before hand as that was part of the Agreement signed and before the kit is issued out, flyers will be out for pre-order.

The signing of the agreement happened at the Club’s Secretariat in Freetown.