The Ministry of Basic and Senior Secondary Education in...
AYV News

The Ministry of Tourism and Cultural Affairs (MTCA), and...
AYV News 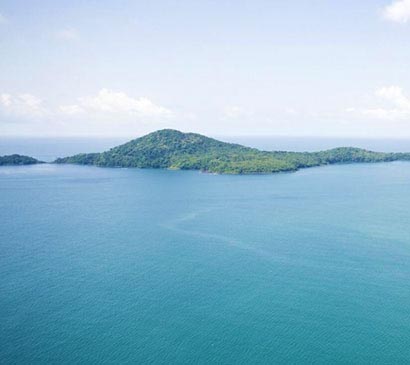 Basically, Sierra Leone forms part of the West African Craton, and the Guyana Shield as its counterpart.

Therefore, it has two main structural category giving rise to following: (a) The Liberian granite-greenstone terrain and (b) The pene-contemporaneous Kasila group mobile belt.

The rocks in the country are predominantly Archaean consisting of a granitic basement containing elements of sedimentary, mafic formations and a group of supracrustal greenstone belts with banded ironstones and detrital sediments.

The much talk about earthquakes that occurred along the Sierra Leone water is classified as Tsunamigenic earthquakes.

This kind of occurrence of the earthquakes have been known for their near and far-field catastrophic impacts on coastal areas near oceanic ridges and trenches, as well as near tectonic faults in closed and semi-enclosed seas.

Sierra Leone falls within the region of an oceanic ridges and trenches, but is it not an active tsunamigenic earthquake zones.

Moreover, there is a need for knowledge on the weight sum of released earthquake energy and the Gutenberg-Richter relation needed to better identify them as a potential area for tsunami generation.

The historical data for Sierra Leone’s Earthquakes recorded since 1982-2022 (Earthquakes.

Zones/Sierra Leone) shows that the maximum magnitude ranging from (5.4-7.1).

The highest maximum magnitude was recorded in 1982. The 2022 data receive; we have recorded 10 tsunamigenic earthquakes since February to September 2022.

This kind of tsunamigenic earthquake occurs on relatively shallow focal depth near oceanic ridges and trenches.

Tsunamigenic earthquakes occur, but extremely destructive events for certain. These kinds of earthquakes are those that usually exceed 7.5 Richter magnitudes.

Most disastrous tsunamis are generated by shallow, great earthquakes near tectonic subduction zones.

Therefore, above 80% of the world’s tsunamis occur along subduction zones in the perimeter, as seen in the Pacific, often called the “Ring of Fire”.

Series of catastrophic impacts in certain areas in the world has been recorded e.g., the tsunami generated by the 27 March 1964 Alaska earthquake, damaged heavily communities along the Gulf of Alaska, Kodiak Island and Prince William Sound area as well as in the Bay of Valdez – killing 107 people (Pararas-Carayannis, 1967) etc.

Therefore, the normal standard method use in providing early warnings for tsunami is based on data that identifies an earthquake as potentially tsunamigenic and is able to predict the possible size and destructiveness of the waves (Tsuboi, 2000).

The cluster of earthquakes along the north-eastern part of the Mid-Atlantic ridge is an indication that the region has high potential for the generation of tsunamis.

Therefore, there is need to take the following actions:

1. Awareness raising on Tsunamigenic earthquakes occurrence and it impacts

2. Establishment of a scientific working group on seismographic monitoring as a mechanism of early warning