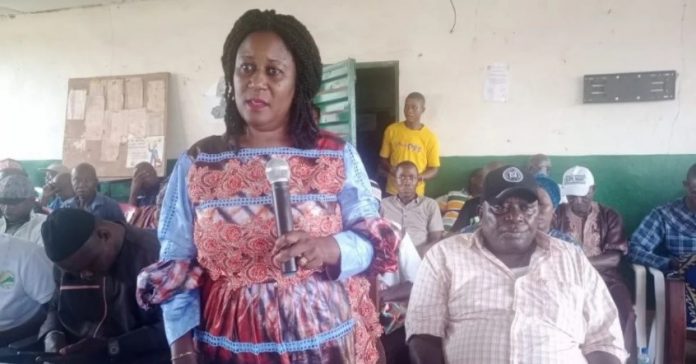 Minister of Fisheries and Marine Resources, Emma Kowa Jalloh has encouraged stakeholders from the fishing communities to embrace the proposed fish harbour at Black Johnson community.

During the second day of the Public Disclosure Engagements on the Environmental Social Health Impact Assessment (ESHIA) Studies and engineering Feasibility Studies for the construction of a modern Fish Harbour at Black Johnson community in the Western Rural of Sierra Leone, Mr. Jalloh pleaded with stakeholders in the fishing communities to see the vitality of this project.

In her address, she further explained to them why her ministry and partners decided to held a face-to-face dialogue session about the studies they have conducted so that the people would make their input before the final compilation of the ESHIA documents.

“The construction of the fish harbour will last for two years: The project is championed by a Chinese company. We are expecting the projects to create thousands of jobs not only for the people of Black Johnson but for those nearby communities as well, with more priority to Black Johnson residents” she noted.

This project is one of the biggest that has ever happened in the fisheries sector as His Excellency President Dr. Julius Maada Bio is focusing on things that will generate more revenue for Sierra Leone and also create better jobs for citizens which in turn will help elevate their livelihoods.