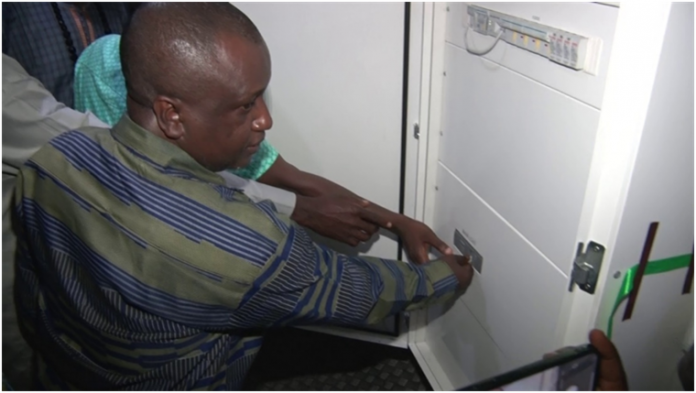 Solar Study Lamp Products are the main sources of power for most people in remote communities. The Rural Renewable Energy Project started by Government in 2019 aims at providing electricity to rural areas across the country.

78 towns in total have been completed nationwide and currently connected to solar systems. Sambaia Bendugu in Tonkolili district, Alikalia and Kondembaiain Koinadugu district have now benefited from phase two of the project.

Deputy Minister of Energy Dr. EldriedTunde Taylor says lack of electricity is a major constrain to economic development, urging locals to protect the infrastructure and sustain the investment by paying their bills and do not bypass the meters to illicitly get electricity supply through illegal connections.

Dr. Taylor says the three solar systems have a big capacity to promote mostly agricultural activities known to be the primary occupation of people in that part of the country.

The Deputy Minister of Energy further went on to say they realized that agriculture is the bedrock of the country’s GDP, the reason why government is dedicated towards enhancing the productive component of the energy sector.

Dr. Taylor pointed out that they are working with the operators and development partners to ensure that the tariffs in rural areas are not high as compared to bigger cities.

The mini grids have the capacity to supply over 1,000 homes, but less than 900 households now connected to the Solar systems at SambaiaBendugu, Alikalia and Kondembaia.

Speaking to AYV,  local residents expressed that the solar energy mini grid is a laudable development that will improve performance of their children in terms of education. A resident of SambaiaBendugu, Mariama Koroma highlighted, “this is development to me and other women, because in the past when we want to do any business that involves electricity unless we travel all the way to Bumbuna Town. We are happy because our businesses will now flourish. So, we thank Government and the Energy Ministry”

Each household must pay between 150 Leones to 170 Leones as connection fee based on the requirements set for houses. Dr. Taylor noted that GST component in the tariff and duty waivers have been removed for Solar Mini Grids in rural areas.