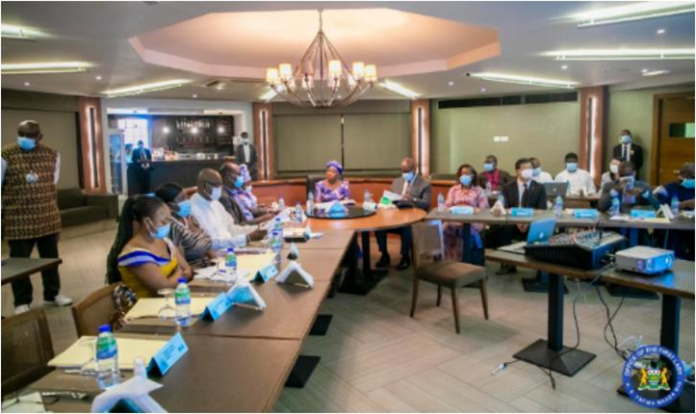 The crux of the discussion was around logistical support towards the distribution of free sanitary pads nationwide and campaign for the elimination of cervical cancer through vaccination and early detection.

Minister for Health and Sanitation, Dr. Demby spoke on the importance of the interactive session which provides a platform for all stakeholders to provide guidance and map out the way forward.

The plenary discussions that followed were held behind closed doors with a more e-technical follow up meeting to be held in two weeks.

Development partners are stepping up their support for the first lady because her campaign has influenced world leaders to take action and protect and empower women and girls.

Due to her passion for positive advocacy and tenacity in pursuing her goal of women empowerment, she was appointed Champion for Sanitation by the African Union and Education Plus Ambassador by the United Nations.