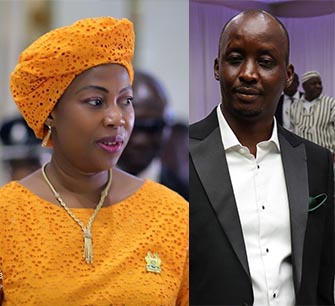 Dr. Bio on a Facebook post over the weekend described Gento as “the people’s soldier”, whom she said she had known way before becoming the First Lady of Sierra Leone.

“As a friend and brother and I know when you are determined to see change for the good of the people you stand tall and make it happen” Dr. Bio spoke about Gento.

She went on to say: “Your ambition to become the next Mayor of Freetown City Council is timely and I want to congratulate the people of Freetown in advance because you are going to be the true gem of our City”. Gento 4 Freetown Mayor!! Dr. Fatima Maada Bio ended in her post.

Mohamed Gento Kamara, popularly known as ‘Gento’, is the Chief Executive Officer and Country Director of Gento Group. Besides road construction and rehabilitation, the Gento Group is also involved in other business activities.

Gento Group has become a key player in the construction sector, undertaking the building of multiple roads and bridges across the country.

He currently employs over 1,000 people and currently implementing multiple projects worth millions of dollars in various parts of Sierra Leone.