BY Issa Bangura  Sierra Leone National Olympic Committee for the... 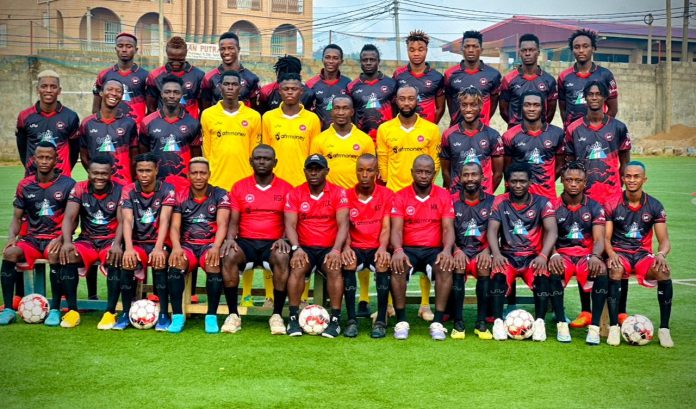 “We are ready!” These were the words of the Chairman of East End Lions Football Club (E.E Lions), Ambassador Anthony Navo junior over the weekend as he announced a Five Hundred Million Old Leones (Le500,000,000) donation for the indomitable boys of E.E Lions to win and reclaim the Championship title in the coming Premier League 2022/23 season.

Amb. Navo said: We are determined to win the title for our own supporters and to continue our dominance in the game. Our players are looking great in our recently unveiled  brand-new kits, designed by United Africa Wears (UAW). These kits evoke the Club’s history and style with a contemporary twist. The new Jersey  is symbolic of the club’s vision, determination and fearlessness. We are E.E Lions – the killers”.

The Board has further called on the Premier League clubs to a meeting schedule to hold tomorrow Tuesday, 6th December at the Sierra Leone Football Association Secretariat.