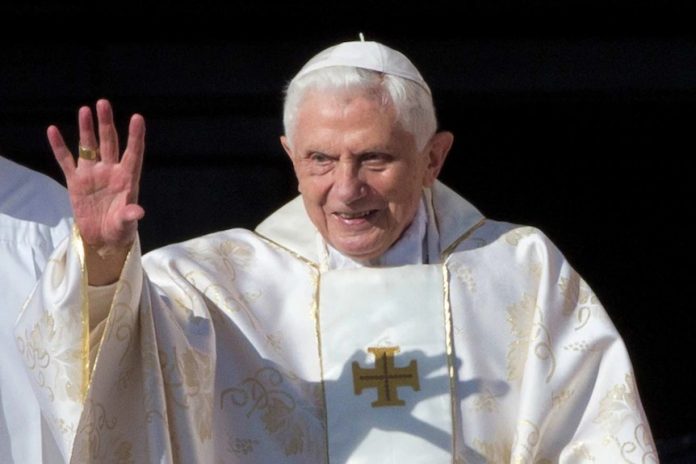 Former pope Benedict XVI, who became the first pontiff to resign in some 600 years, has died aged 95.

Former Pope Benedict XVI died at his Vatican residence,
almost a decade after he stood down because of ailing health.

“With sorrow I inform you that the Pope Emeritus, Benedict XVI, passed away today at 9:34 in the Mater Ecclesiae Monastery in the Vatican,” a spokesperson said.

Former Pope Benedict XVI had become increasingly frail in recent years after dedicating his post-papacy life to prayer and meditation.

Pope Francis, who replaced him as head of the Catholic Church, had asked the faithful to pray for him at the end of his general audience on Wednesday morning.

Benedict spent his final years at the Mater Ecclesiae monastery within the walls of the Vatican.

Pope Benedict XVI leads his final general audience before his retirement in St Peter’s Square on February 27, 2013 in Vatican City

He led the Catholic Church for less than eight years until, in 2013, he became the first Pope to resign since Gregory XII in 1415.

Born Joseph Ratzinger in Germany, Benedict was 78 when in 2005 he became one of the oldest popes ever elected.