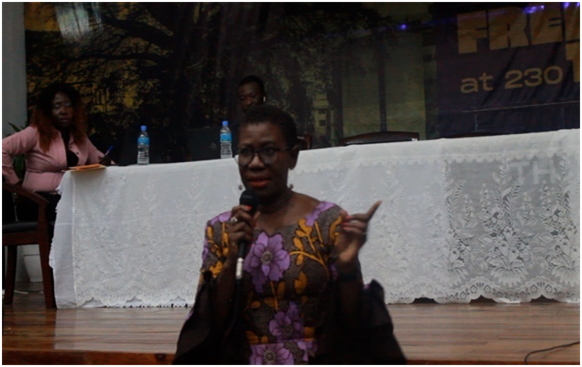 The Freetown City Council in a presentation of its 2023 budget revealed that the council is struggling to generate revenue. This according to Festus Kallay Chief Administrator for Freetown City Council is because the council failed to meet its projected amount of 607 million Leones and ended up generating 37 million which is way below the average.

While presenting the plans of Council, Kally noted that waste management, flood mitigation and city planning are the priorities from now to next year. “We are not happy about this generating less than we expected, we targeted 607 million,” he said.

Festus Kallay furthered that the institution is also faced with challenges like compliance and timing to print tax receipt books. He added that in January 2023, they will ensure the tax receipt book would have been out and ready for distribution and selling.

The council also expressed intentions to partner with local authorities within Freetown to help in the revenue generation drive. Chief Sahr Gbeke the Kono Tribal Head in the Western Area acknowledged that the FCC has been faced with the said challenge, adding that the  partnership with the Freetown City Council and will help overcome the challenges of collecting tax. He added that the area of tax collection has been poor especially for the year 2022.

Speaking on the issue, the Mayor Yvonne Aki-Sawyerr stated that it is high time council worked with local tribal authorities to maximize the payment of tax and generation of revenue for the implementation of council’s projects and undertakings.

The expenditures as at 30th September 2022 for the council is at 27% for staff salary, 25% for solid waste, 9%utility bills, 19% for infrastructural development and 20% for other service activities.