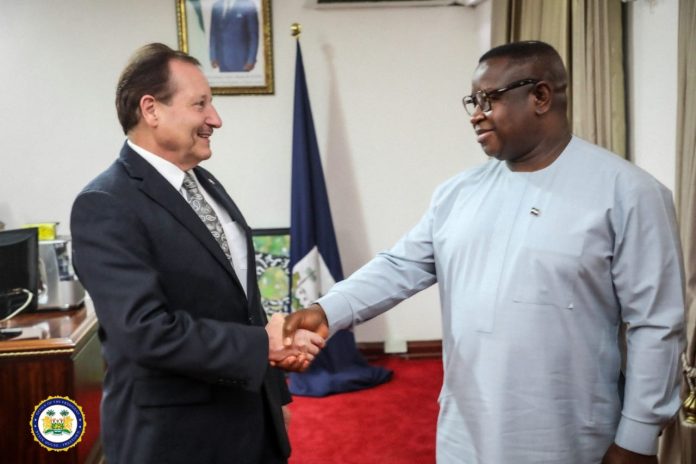 Ambassador of the Federal Republic of Germany, Horst Gruner, has called at the presidency to bid farewell to President Julius Maada Bio, saying that he has always admired the government’s efforts at human capital development.

Ambassador Gruner thanked President Bio for making time to see him, adding that after working for four years in the peaceful West African nation, he was taking up another assignment. He assured that his government would continue to support the flagship initiatives around education, health and food security in Sierra Leone.

“Your Human Capital Development initiative coincides with the development aspirations of Germany for Sierra Leone. It will continue to strengthen the ties between the countries. We have been promoting Technical and Vocational Education Training programmes to promote employment opportunities.

In his brief statement, President Bio thanked Ambassador Gruner for his excellent work and effort during his tenure in the country, noting that quite a lot had been done under his leadership to support his government’s human capital development initiative.

“My desire has been on how to improve our educational system, making it inclusive and leaving no one behind. I am looking forward to Germany helping us in that direction,” he said.

He concluded by wishing the outgoing ambassador good luck on his next assignment and assured him that the good relationship would continue with his successor.