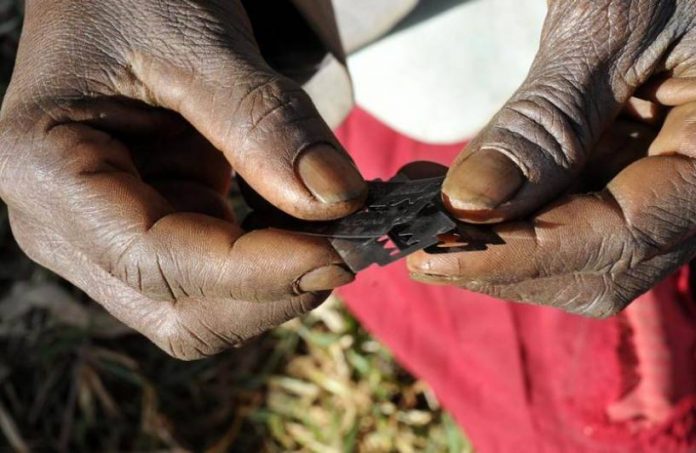 The tragic death of a young Sierra Leonean has sparked global appeal for the country to criminalise Female Genital Mutilation (FGM).

Maseray Sei, 21, died as a result of loss of blood, according to campaigners and medical report. She bled after been subjected to the practice also known as Female Genital Cutting, which entails the partial or total removal of the external female genitalia for non-medical reasons.

The incident happened in December 2021 in the bondo bush in Nyandeni village in Imperri chiefdom in the southern Bonthe district. A post-mortem confirmed she died from acute bleeding and shock.

The campaign group Equality Now, through its local partner, took up the matter with the Sierra Leone police which promised to investigate it. But over a month later, no progress has been seen, according to campaigners.

A group of 130 women’s rights groups from around the world, in an open letter published on Tuesday, February 1, rekindled the appeal, calling on the government to criminalize FGM and ensure justice for Maseray.

“The signatories of this open letter call on the Government of Sierra Leone, President Julius Maada Bio, and Attorney General Mohamed Lamin Tarawalley to urgently enact a law that explicitly ban FGM for all ages, puts in place adequate measures to protect against and eliminate FGM and gives survivors and the families of victims a means to access justice,” the statement reads.

“We ask the State to prosecute all offenders putting the lives of women and girls at risk,” it adds, further calling for a comprehensive and swift police investigation and prosecution of all those responsible for the death of Maseray Sei.

Opponents of FGM say it is a form of violence against women and girls, and they say it is a manifestation of gender inequality and discrimination.

According to experts, its complications include hemorrhaging, infections, severe pain and psychological trauma.

In extreme cases, it also result in death.

Longer term effects of the practice include chronic infections, problems affecting the bladder, uterus, and kidneys, as well as lifelong reproductive health complications.

Sierra Leone is thought to have one the highest FGM prevalence rates in Africa, with 83% of women and girls aged between 15 and 49 having undergone the procedure, according to the 2019 Demographic Health Survey.

The campaign to put an end to FGM in the country has met with stiff resistance, partly due to its supposed significance to a deep-rooted tradition called Bondo, which is a rites of passage to adulthood. But proponents for a ban argue that the cutting aspect has no cultural significance.

However, other factors have been linked to the practice, notably commercial interest – source of income for the elderly women who do the cutting, known as ‘Soweis’.

Politicians have also exploited it for votes, by either funding initiations or publicly speaking out in its favour.

Three cases of deaths have been reported since 2016. Campaigners say they have written to government in all cases with no response.

Even though some politicians have recognised the harmful nature of the practice, collectively they have failed to take any action to put an end to it.

And the failure to act, according to these campaigners, goes against Sierra Leone’s commitment to various international legal instruments, including the African Union’s Protocol to the African Charter on Human and Peoples’ Rights, and the United Nations Convention on the Elimination of Discrimination against Women.

On December 12, 2012, the UN General Assembly unanimously passed a resolution banning FGM, which it recognizes as a form of torture.

Years of anti-FGM campaign in Sierra Leone resulted in some form of official efforts, notably a Memorandum of Understanding signed between government and civil society organizations committing to end the practice in under-aged children.

But this group of campaigners want an end to the practice for all ages.

They say banning FGM would make it clear to citizens that it is a human rights violation and a form of gender-based violence.

It will also define the government’s obligations in providing protection to women and girls, demonstrate political will and intent, and communicate that the State is ready to take action, they add.

“As part of achieving the Sustainable Development Goals, all countries – including Sierra Leone – are duty-bound to measure the extent to which FGM occurs amongst their population. It is vital that information is gathered and made publicly available. Such data is invaluable in efforts to end FGM because it makes clear the need for action, and provides a baseline from which the scale up and effectiveness of interventions can be measured,” the campaigners state.