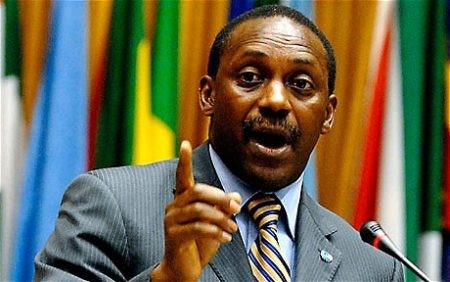 Hon. Dr. Kandeh Kolleh Yumkella (KKY) over the weekend departed the shores of Sierra Leone to New York, USA for high-level engagements as part of the 77th Session of the United Nations General Assembly (UNGA 77) activities which officially began on Tuesday, September 13.

As a former UN Under-Secretary-General and a two-term Director-General in the United Nations system, Dr. Yumkella will return to a familiar place.

As part of his activities, Dr. Yumkella will hold bi-lateral meetings with organisations and governments as well as attend a series of events he has been specifically requested to deliver keynote addresses and moderate sessions involving governments, private sector, multilateral agencies, civil society among others.

In his role as co-chair of the Africa – Europe Strategy Group on Energy, Dr. Yumkella will chair three meetings bringing African and European leaders bordering on several topics including: Agri-food systems: Increasing resilience to shocks and crises, the Road to COP27: Scaling up climate adaptation financing, digital economy: Responsible AI for Africa’s development.

As the founding CEO of Sustainable Energy for All, Dr. Yumkella will also attend the organisation’s Annual Leadership and Governance meeting as well as the High-Level Dialogue on Energy.

He will also deliver remarks at the Nigeria International Partnership Forum as special guest of the Nigerian Presidency, where President Muhammadu Buhari is scheduled to attend.