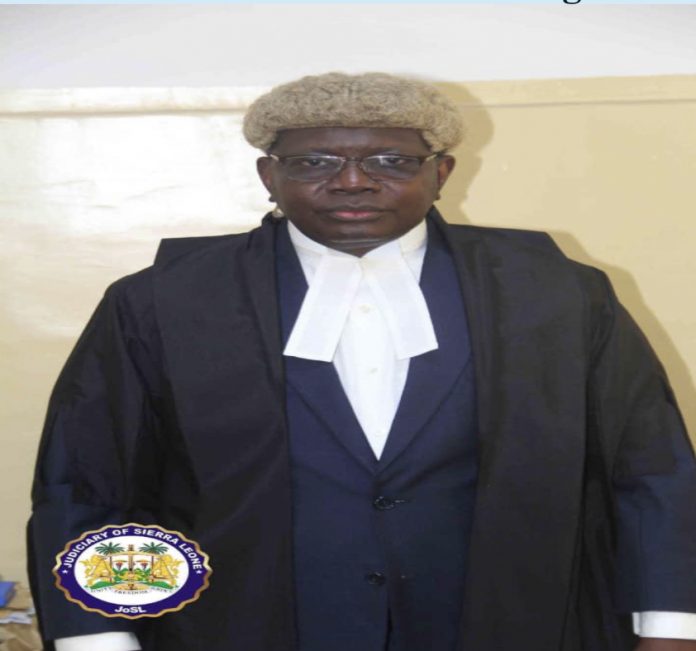 By Judiciary Of Sierra Leone Communications

This is the first time the Judges have met in person since 2018 due to travel restrictions resulting from the Covid- 19 pandemic. The Plenary meeting lasted for three days.

He received his LLB from Fourah Bay College, University of Sierra Leone, in 1989 and his BL in 1990 from the Sierra Leone Law School. From 2003 to 2007, he worked as a Legal Consultant at the Law Officers Department in Freetown. Since 2005, he has also been a Lecturer in Civil Procedure at the Sierra Leone Law School. In 2010, he was made a Fellow of the Commonwealth Judicial Education Institute in Halifax, Nova Scotia, Canada.

He obtained a Bachelor of Laws degree from Fourah Bay College, University of Sierra Leone in 1989. A year later, on 20th December 1990, he was part of the first set of students enrolled at the Sierra Leone Law School and became the first winner of the Criminal Procedure prize.

In 2014, he became a member of the World Chartered Institute of Arbitrators and currently a leading expert in the field of Arbitration in the country.

These obligations include supervision of prison sentences, witness protection and support, maintenance a preservation of the archives, and assistance to national prosecution authorities.