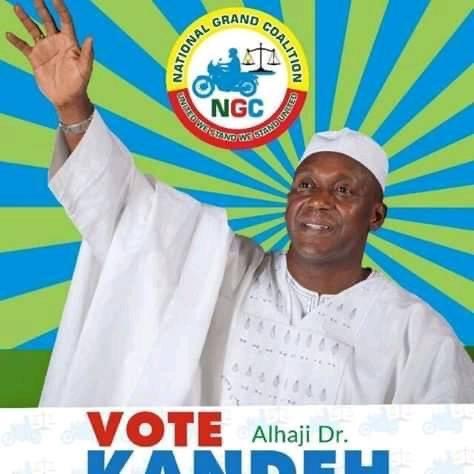 He made this statement debunking social media rumors that Hon. KKY has cross-carpeted to the ruling Sierra Leone People’s Party (SLPP).

According to Dr. Bright, “the attention of the leadership of the NGC was been drawn to several postings in the social media indicating that our Parliamentary Leader and former flagbearer, the Hon. Dr. Kandeh Kolleh Yumkella has crossed or is on the verge of crossing over to join the ruling SLPP party. As Chairman of NGC I would like the world to know that this is not only far from the truth but is impossible. We in NGC have high values and principles that guide our actions and we do not succumb to either baits or threats. We thank his Excellency for thinking that KKY has some value and that his party wants him. But we are sorry that he is not available for cross-over transactions. Let us enjoy our democracy. KKY is not going to SLPP. He will maintain the excellent relationship he has nurtured over the years with good people in the SLPP, APC, NGC and all the other political parties. But he remains committed to his party and will follow the direction that his party decides”.