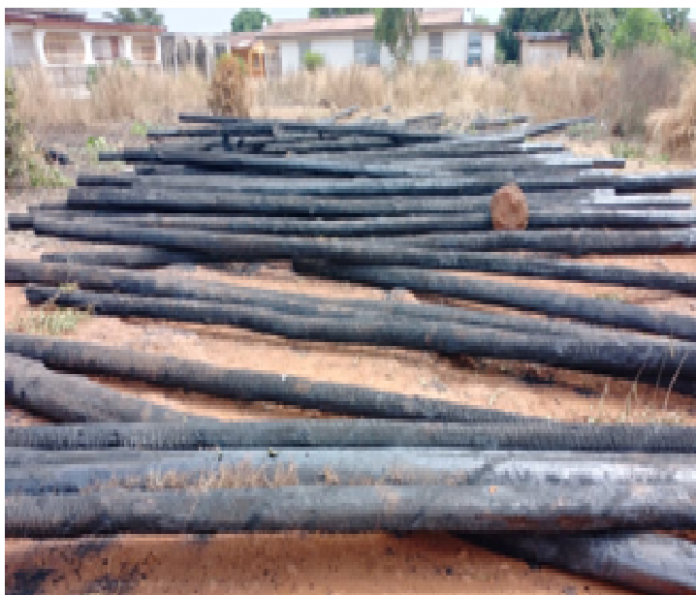 The Ministry of Energy has expressed dismay over information received of the deliberate burning of a huge quantity of electricity poles at Tombo in the Western Rural area by some mischief makers or unpatriotic citizens.

The ministry said it is deeply concerned by this development and diametrically condemned the actions of these criminals who are insidiously bent on reversing the gains the Government of Sierra Leone through the Ministry of Energy and EDSA and private partners continue to make in the energy sector.

The ministry said the deliberately torched poles were part of imported wooden poles, some of which were symbolically erected in October this year as part of the Western Area Distribution Network Expansion Project.

It went on that the project referred to above is broad in scope and key to helping the Government of Sierra Leone improve on the current network or infrastructure and by extension, expand access to electricity in the Western Area.

In addition, the ministry said the project entails the construction of five substations from Aberdeen in the West to Waterloo in the East and that the project materials have been mobilised at different sites.

The torched poles were amassed at Tombo in anticipation of erection and the commencement of the stringing of cables.

Also, the ministry said the project was expected to be completed between February and March of next year, but that this arson will not only hinder the effective implementation of the project but will as well affect its time-line.

The Ministry of Energy had faced serious opposition or resistance in the same community when it was engaged in the process of acquiring land for the project, and in light of the above, the Ministry of Energy has informed that it has taken conscious steps to bring the unfortunate development to the attention of law enforcement agencies.