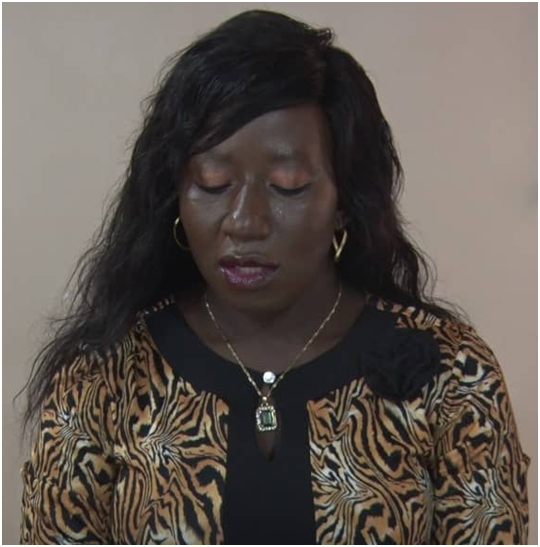 Chief Executive Officer of Informal Workers Organization Chelcy Alma Heroe has called on citizens to place more value on informal work noting every profession is important. She made this call while condemning the August 10 protest which she noted was necessitated by current economic challenges of which many of the protesters were from the informal sector.

While underscoring the right of citizens to engage in peaceful protest, Chelcy Alma Heroe reminded citizens of their responsibility to protect public property and maintain law and other in the country and also the responsibility of government to respect, protect, promote and fulfill the fundamental human rights of citizens. She furthered that the August 10 protest was mainly dominated by the informal economy who took to the streets protesting lack of job opportunities and economic hardship in the country which indicates that they are mostly considered victims of circumstance.

Condemning the violence incidents on the August 10 that led to the loss of lives and destruction of properties, Chelcy called for the following steps to be taken by government among which includes; the establishment of an independent and impartial inquiry into the event following due process, the placement of value on the informal sector economy and work by strengthening and providing sufficient subvention to the ministry of labour and social security. She further called for value on technical and vocational studies for skills enhancement especially for informal workers, creation of an enabling environment for investments opportunities at both local and international level.

Chelcy continued that government must improve on the terms and conditions of services aiming at promoting decent work especially for informal economy, formalization of the informal economy as it helps enhance job creation, productivity, reduce social inclusion and inequality. The organization is therefore calling on all meaning and law abiding citizens to place value for work which is in line with the organization’s mission which emphasized that every profession is important. She noted that are therefore calling for the redefinition of the perception of work noting the idea of formal employment being the only reliable source of livelihood should be discarded adding even jobs done in the informal economy are recognized essential and performed everywhere across the globe.

While stressing the importance of informal jobs, chelcy further condemned the destruction of the Abacha Street traders stalls without adequate notification and relocation for the continuity of their businesses to enhance their livelihood.