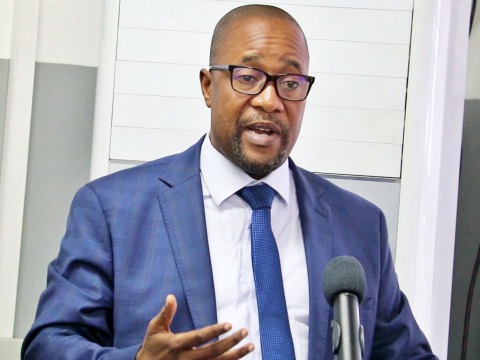 The Minister of Information and Communications, Mohamed Rahman Swaray is presently on a tour of the Northern Region, to speak to citizens on Government programs and issues around the Global impact of Fuel Prices on local pump prices in Sierra Leone.

On his arrival in Makeni on 29th June 2022, the Minister engaged several Radio stations and the only Television station in Makeni, SLBC TV Makeni and held town hall meetings with key stakeholders in the City and its environs.

Mr. Swarray took time to discuss a wide range of issues around the current fuel crisis. Specifically, he divulged that long queues were seen all over the country in recent weeks because Oil Marketing Companies held back their sales as they demanded for an increase in prices, so they can break even and be able to make profit.

The Minister emphasised the government’s concern about the fuel issue, specifically highlighting the intense negotiations that are ongoing with OMCs to see how best they can remedy the situation. He was also emphatic that government doesn’t import fuel in the country but is creating the enabling environment for oil marketers to thrive and ensure  availability of the product in country.

“Government is intervening to help cushion the effect of the fuel challenge posed by the Russia invasion of Ukraine. The government has continued to provide foreign exchange for oil marketers to address their forex challenge. So far, the amount has summed up to $87 million dollars in forex support. In subsidizing the sector, Government has spent up to Le380 billion to help cushion the effect. Also, I know for sure that the Government of President Bio has increased the country’s storage capacity to ensure enough availability of the products in country” he said.

Talking to people from all walks of life in a town hall meeting in Makeni, the Minister spoke about the uncertainty in the Global supply of fuel Products, citing how the war in Ukraine has put pressure on the industry and that Oil Marketing Companies no longer receive products on credit but must now pay cash upfront to get products.

The Minister concluded by encouraging citizens that the government is working around the clock to sustainably address the challenges in the sector, expressing the hope that things would stabilise soon.