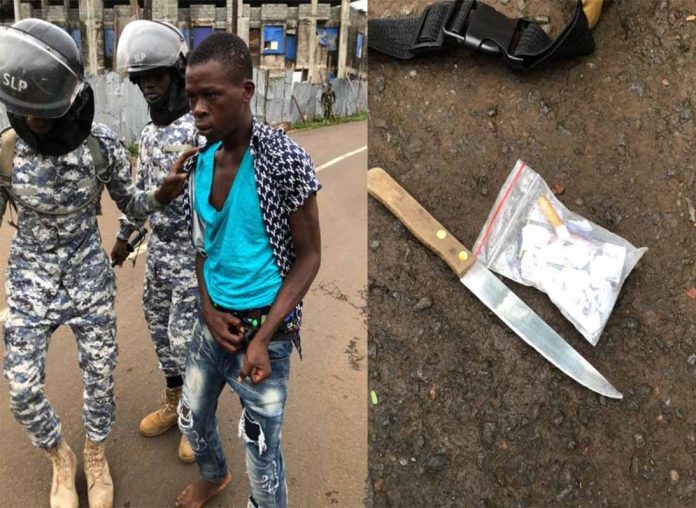 The Operations and Supports Department (OSD) of the Sierra Leone Police yesterday arrested a young man allegedly in possession of suspected substances believed to be Kush and a small kitchen knife.

The suspect was arrested in the premises of the Sierra Leone Parliament on Tower Hills in Freetown alongside other suspected rioters was searched and ripped off a waste bag containing the suspected Kush and kitchen knife.

He was handed over to the general duty police to help investigations.