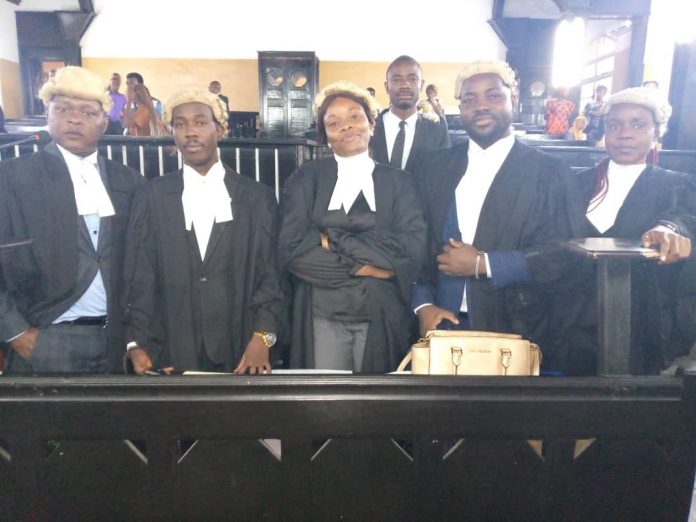 The Legal Aid Board has provided representation to seventy (70) accused persons arraigned before the Honourable Justice Nicolas Browne-Marke, JSC at the just concluded September Criminal Sessions of the High Court from the 20 – 23 September 2022 at the High Court No. 1 on Siaka Stevens Street in Freetown.

The accused persons were part of a total of 79 others whose matters were called by the court of which 3 were absent, 4 were represented by private counsels and two were reported to have died while on remand.

The beneficiaries were arraigned on multiple charges ranging from conspiracy to defraud to murder, wounding with intent, robbery, robbery with aggravation, assault with intent to rob, shop breaking and larceny, larceny from a person, larceny in a dwelling house, fraudulent conversion and sexual penetration amongst others.

Of the 70 accused persons represented by the Board, 16 were granted bail, 32 were remanded and 22 pleaded guilty to the offences and were sentenced to various prison terms including time spent.

Among those granted bail were two females who were released to the Board. The two, Tenneh Bangura and Doris Tucker were arraigned on two separate files on charges of store breaking, larceny and receiving stolen items and robbery with aggravation.

Following plea in mitigation by Legal Aid Counsels, the presiding judge, Justice Brown-Marke while pronouncing sentences told the convicts who were mostly first time offenders that he has decided to impose short sentences to teach them a lesson so they will think twice before taking the laws into their hands in future.

Addressing clients at the Legal Aid Board head office, the Executive Director of the Board, Ms. Fatmata Claire Carlton-Hanciles warned them against “involving in anything that will be of police interest”, noting that the “Board is challenged with limited number of staff especially lawyers and therefore will be constrained to provide representation to repeated offenders.”

She advised them to focus on rebuilding their lives through hard work, adding that they must be peaceful and law abiding especially now that elections are approaching.