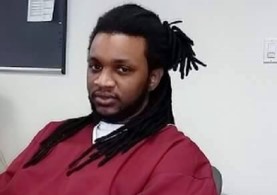 Identifying himself as a Pump Attendant past Wednesday 22nd June, 2022, Ishmael Kamara – Persecution Witness One (PW-1) said he is an employee of Leonco Fuel Station at Water Street, Congo cross in Freetown.

“I know the accused person. He is a popular Sierra Leone musician,” he said, recounting that, “I remember Sunday 12th June 2022. I was on duty at Water Street Leonco Fuel Station where something happened between myself and the accused person.”

On that very Sunday around 3 O’ Clock, “my colleagues Musa and Francess were at work at the fuel station and a black Ford vehicle without a number plate came into the fuel station.”

According to him, they parked in front of Francess’ machine (pump 2), and the driver alighted the vehicle and asked why Francess was sitting down.

The driver, Ishmael, came down and said he wanted Five Hundred Thousand Leones (Le500,000) Petrol but he was asked by Christiana to park properly and he did as instructed.

He said, “One man in the same vehicle by the name of Buju started arguing with the pump attendant (Francess). He said why should Francess sit down idling, but Francess immediately responded by saying there was no vehicle to sell to. He said she was lazy and should be up and working because no pump attendant should be seen sitting.”

He continued that he overheard one Buju saying to Francess that “you are a prostitute and after sleeping out all night you only come here to sit down.”

He told the Court that Ishmael said, “you should fucking remove the pump from the vehicle we will not fucking pay you.”

“Francess removed the nosel of the fuel from the vehicle after pumping 27 liters with some points,” PW 1 explained, stating that, “Musa came and told them what they were doing is not right. She is a woman you guys should stop insulting her.”

He said LAJ was quick to scold Musa for such cautioning statement. LAJ punched him in the face and Musa fell down.

During the scuffle Ishmael then grabbed the sales’ bag from Musa when Daniel Kallie, Manager of Leonco came to the scene. The manger then held on to the bag.

He said when Christiana removed her phone to film what was going on, the accused rushed at her and scolded her.

“Christiana sent the phone to me and I placed it inside my sales’ bag,” he told the Court, reiterating that, “LAJ, Buju and Ishmael and one unknown person rushed at me and scolded me violently.”

He said he was unable to breathe as a result he let go of the sales’ bag because the accused constantly held on to his throat.

The accused and Ishmael also threatened to come burn down the Station,” he said, adding that they entered the Ford vehicle and drove off. By then Musa has gone to Congo Cross Police Division and brought a truck load of police officers.”

“They were traced with the police van and were caught at the Kissy road cemetery. The police instructed that he alights the vehicle and join them in the police van. Thereafter they moved to the Congo Cross Police Station. Statements were obtained at Congo Cross and a medical report was issued to me,” he concluded.

Accused LAJ was represented by Lawyers I.P Mammy, Madieu Sesay, Alfred Kamanda and others. State Counsel, Yusif Isaac Sesay prosecuted and opposed to the bail application made. The accused was remanded by the magistrate.