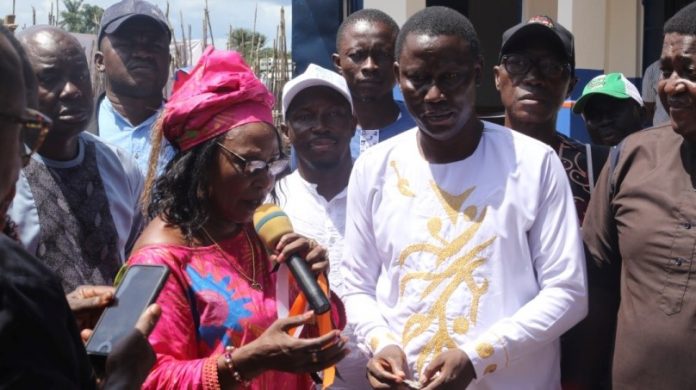 Encroachment on protected areas along the coastline remains a major challenge in the Western area of Freetown.

John Obey is among communities that are currently known for massive land encroachment. From the main land the encroachers have now turn attention to the sand bay which serves as a protection between the sea and the main land.

The sand bay overlooking the beach was leased to Estuary Resort owning to the vision of the owner of the resort to protect the sand bay by reforesting it with trees.

However, such vision seems challenging to fulfill owing to the increasing encroachment activities on the sand bay.

According to owner of Estuary Resort, Abdul Karim Jalloh, his vision for the sand bay was to foretaste and make it a designated sanctuary for animals. He noted that few months back the sand bay was covered with trees he planted himself but all of which have been destroyed by encroachers all in the name of putting up dwelling structures.

The once green sand bay has become a desert over the last two weeks owning of the illegal activities of land grabbers.

Owner of Estuary Resort further that the encroachment of the sand bay is not only a treated to his vision of preserving the area, afforesting it and making it an animal sanctuary which will serve as a tourist attraction, but such destruction will also be a threat to his resort.

He continued the Sand Bay has been a barrier between his resort and the main sea. Jalloh furthered that the destruction of the sand bay is also a threat to biodiversity noting the mangroves that used to house fish and other spices have all been destroyed.

Mr. Jalloh added several attempts have been made to get rid of these encroachers but only lasted for few weeks following which the encroachers resurfaced. He called on relevant authorities to find lasting solutions by deploying security guards to protect the area from further encroachment.

Leading a team of demolition, Assistant Director of Country Planning at the Ministry of Land, Musa Koroma noted his ministry determined to put down any structure that is erected on encroached land.

He therefore advised land grabbers to refrain from encroaching protected areas noting the ministry will not take it easy with anyone found wanting.