Legal Aid Board Gets New Board Chair

Legal Aid Board Gets New Board Chair 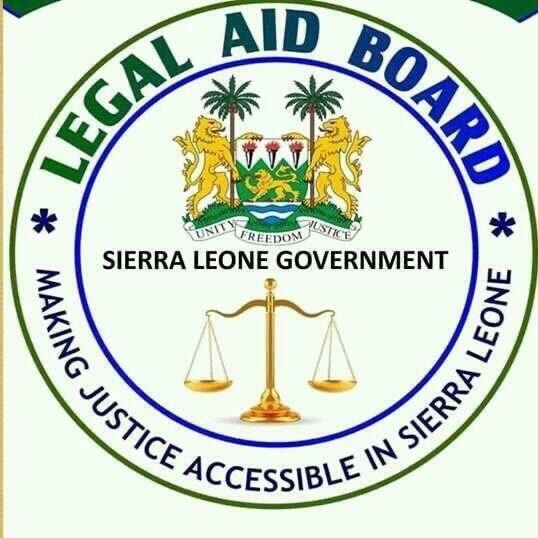 Justice of the Appeals Court, Hon. Justice Ansumana Ivan Sesay has been confirmed as Chair of the Legal Aid Board by the Parliament of Sierra Leone.

This follows his appointment by President Dr. Julius Maada Bio in December 2021 and then interviewed by the Parliamentary Committee on Appointment.

Parliamentarians from both the ruling and the opposition parties did not lose sight of his contribution to the development of the justice system in ensuring effective defence for accused persons. Prior to his appointment as a Judge of the superior court of judicature, he carved a reputation as one of the finest criminal lawyers which earned him the name ‘Ivan for the accused’.

Hon. Kai Samba and Hindolo M. Gevao both of the Sierra Leone People’s Party and Hassan Priest Sesay of the All People’s Congress were among members of parliaments who praised Justice Sesay for dispensing justice without fear or favour.

The Executive Director of the Legal Aid Board, Ms. Fatmata Claire Carlton-Hanciles who witnessed the confirmation hearing in parliament said Justice Sesay will make an excellent Chair of the Board.

‘He is a household name at and among clients the Board,’ Carlton-Hanciles said.  ‘He was among the first crop of lawyers to join the scheme at its inception in May 2015 as Legal Aid Manager making him my principal assistant until he was appointed as High Court Judge in 2017. He brought a wealth of experience into the job, just what was needed for our young lawyers.‘

The history of legal aid will not be completed without featuring the role of Justice Sesay in the evolution of the scheme. He worked at the Lawyers Center for Legal Assistance (LAWCLA) one of the first legal aid organizations following the end of the war 2002. He also worked at Pilot National Legal Aid and Access to Security and Justice Project (ASJP) respectively. These experiences prepared him for work at the Legal Aid Board once the scheme was established in 2015.

Justice Ivan Sesay succeeds Justice Miatta Samba whose election as Judge of the International Criminal Court coincided with the expiry of her three-year term of office in 2021.