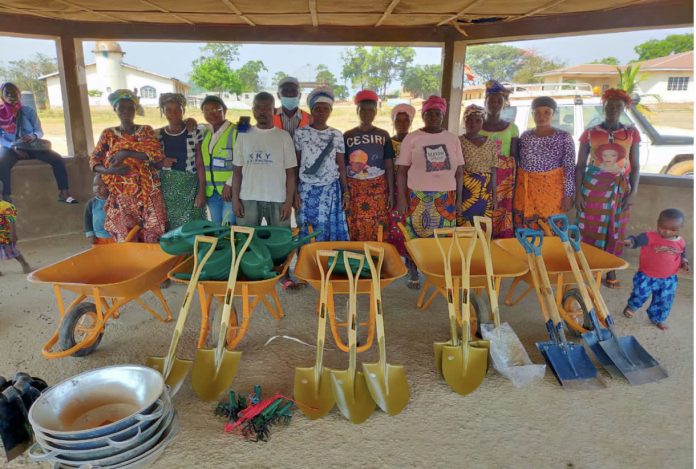 By the Public Relations and Media Unit

The donations which are done in tandem with the company’s Corporate Social Responsibility (CSR) drive are geared toward boosting the relationship between the company and its various stakeholders.

In the scholarship donation in Bumbuna Town, Dansogoiachiefdom, the Chiefdom Speaker Michael Y. Kallon acknowledged the multiple assistances Kingho Mining Company has rendered Dansogoia chiefdom ranging from education, agriculture, sanitation, and a host of other CSR within the short period they have operated in the chiefdom.

Furthermore, in another event, Leone Rock Metal Group has in Freetown donated stationary to the United Mines Workers Union. During the donation, Ezekiel Dyke, Secretary General of the union said his union is looking forward to working towards no only the interest of the workers but also the company. He said the donation is timely and assured that the union will utilize the materials very well.

Responding, Director of Human Resource, Dean Ma said Leone Rock Metal Group will continue to donate more so as to boost its relationship with miners and all relevant stakeholders.

Human Resource Manager, Mohamed Daffae said the United Mines Worker Union plays a very important role in trying to checkmate the company. Hence, he said the support given to them tis timely and pretty much in place.

Director in the Office of the CEO, Salim Sillah said that the tools given to the United Mines Worker Union significant to the operations of the union. He recounted on the CSR endeavors the company has undertaken and assured that the company will explore and tap into more future CSR projects.