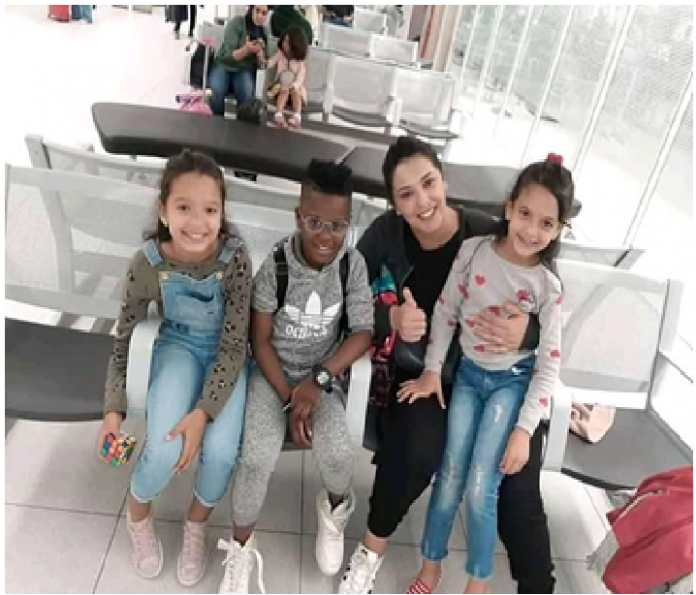 UNICEF Sierra Leone has the honour to be represented by two of Sierra Leone’s finest and talented Artists who work closely with UNICEF in Sierra Leone to promote child rights awareness.

As UNICEF celebrates 30 years of the Convention on the rights of the child, the contribution of these artists are of immense importance.

As Child Ambassadors; Leonus Di Genius and Sir Wahid are due to travel to Italy for the TV Show Prodigi, a children’s talent charity show being hosted in collaboration with Endemol and First Italian TV Channel, now at it is 4th edition, where Leonus Di Genius will have the opportunity to perform alongside other children from around the world.

Travelling with a seasoned Mentor and Music Mogul; Sir Wahid, Sierra Leone is bound to be ably represented.

The Theme for this year’s celebration is “Nutrition is a right” for which a song written by the Music Mogul Sir Wahid, produced by Leonus world of music and beautifully delivered by the young Leonus De Genius, Di Pikin Dem President, and that song is expected to be the highlight of the show.

Earlier this year, Sir Wahid teamed up with Leonus De Genius and Vicky De Poet to produce the Sierra Leone Theme Song for the convention on the right of the child on the Theme “Every Child, Every Right)”.

A project facilitated by Nacced, National Children’s Commission and UNICEF, Leonus De Genius and Sir Wahid were in Cote D’ivoire, Abidjan for days where they were issued Shengen Visas to travel to Italy……they later flew air Maroc to Casablanca where they enroute to Rome, Italy.

Tapuwa Loreen Mutseyekwa, Communication Specialist ERA, UNICEF would be travelling alongside the two superstars to Italy.