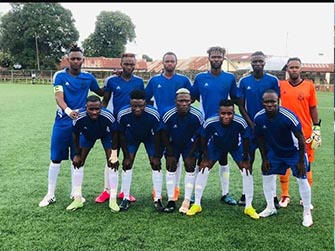 The first half of proceedings of the match at the Kay School field was enough for the “Cacao Boys” to accomplish the mission of securing all three points against Gulf Football Club which was a must-win encounter for them to seal a spot in the semi-finals, the sensational winger Patrick Kargbo opened the scoreline after build-up on the counter, and defender Edward Fornah laced the victory with a brilliant header marking his second goal out of four appearances.

Luawa FC finished in the second position on the log in the Kenema zone with seven points registering two wins, a draw and a defeat out of four matches played will face off Great Scarcies Football Club in the semi-finals who are the champions of the North West Region Football Association Super Ten competition, as well topped the Makeni zone with seven points.

The semi-final matches of the national division one will be played on 6th September 2022 at the Makeni Wusum field, a win for Luawa Football Club in the first semi-final match has earned them a spot in the 2022/23 Sierra Leone Premier League season.