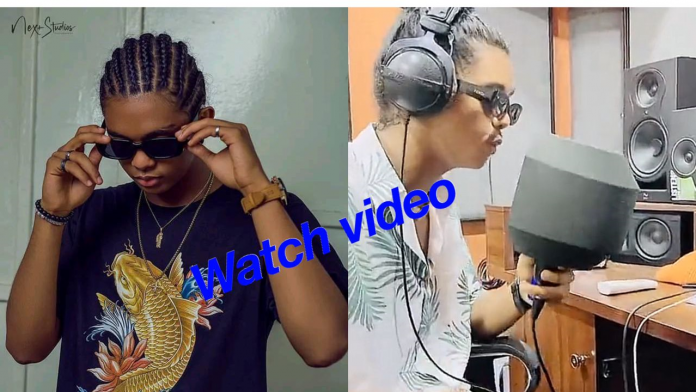 Sierra Leone-born singer Jacob Evangelista popularly known as The Therapist has taken to social media to tease fans with snippets from an unreleased song.

The “we get plenty plans to do” crooner, during an TikTok video, left his teeming fans salivating with a piece off his incoming project.

The new song titled unknown, was previewed for his fans while in the studio.

Reacting, many hailed The Therapist; appealing he dropped the new song/album already.