Man Kills his Mother and Buried her in his Bedroom

Man Kills his Mother and Buried her in his Bedroom 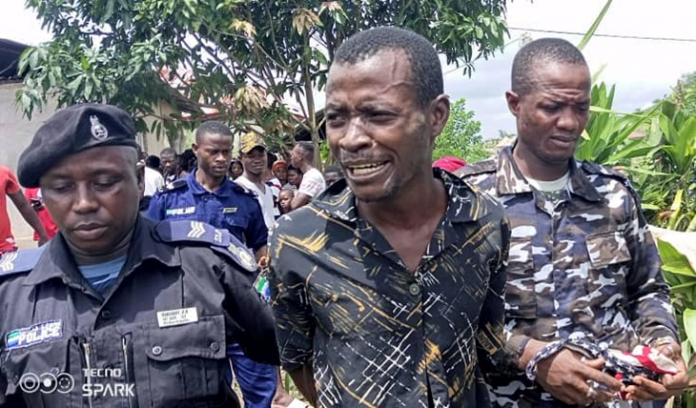 Police in Bo have arrested one Ibrahim Kargbo on the allegation that on Wednesday 23rd July 2022, he killed and buried his aged mother Fatmata Kargbo in his bedroom.

This revelation came about when certain people in the neighborhood of where the suspect lives with the deceased and 12 year old Sorie Kamara all of Hill Station, Ahmadiyya Tikinko raised an alarm  over the disappearance of the deceased (Fatmata Kargbo) for two to three days.

It was upon those concerns that little Sorie Kamara in the morning hours of Saturday 23rd July 2022  informed the neighbors that few days ago, he saw his uncle, the suspect, transporting mud into his room and piling it in his locally made mud breaks bed.

Upon such information, the neighbors informed their community chief of Sammy section, Alusine Dendeh who hired the services of some youth to dig up the mud breaks bed in the suspect’s room.

In the process of digging, the dead body of Fatmata Kargbo was found and by then the suspect had already fled the area.

The community chief then reported the matter at the Regional CID office in Bo in the afternoon hours of Saturday 23rd July 2022. The suspect was later arrested by a team of Police officers from Bo East Police Station and has been detained at Bo West Police Station helping the police with the investigation. Due to the decomposed status of the deceased person, she has already been buried at the Njorma village cemetery in the Tikonko chiefdom and her grave marked for future exhumation and autopsy examination by a certified pathologist. Investigation is in active progress.